Interview with Biljana Loteska, kindergarten teacher and author of picture books: Five days a week I wake up the child in me
The way is being cleared for the biggest infrastructure project in the country
Loan interest rates are rising, especially hitting companies
From all sides "threats" for the peaceful celebration of Gotse Delchev
Quick entry into the EU without the right to veto is "knocking on the wrong door"

NATO is not backing down: Support for Ukraine is our long-term interest 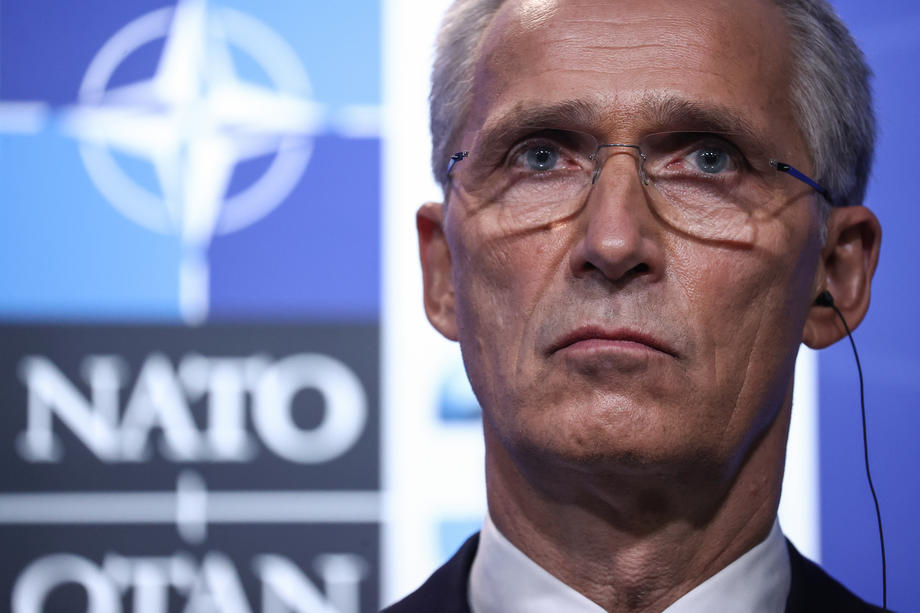 NATO Secretary General Jens Stoltenberg said today in Bucharest that it is in the long-term interest of the Alliance to support Ukraine in its resistance to Russian aggression and that NATO will be on the country's side as long as necessary.

Opening the Aspen-GMF Forum, Stoltenberg said that the message from the foreign ministers of NATO members, who will meet later today in Bucharest, will be that they "will stand by Ukraine as long as necessary and will not back down."

- This is a crucial time for our security, we will send a clear message that we are here and that we are ready to defend the territory of each of our members, Stoltenberg said at the forum organized by the Romanian branch of the Aspen Institute and the German Marshall Fund (GMF) USA. with the support of NATO.

He reiterated that if Russian leader Vladimir Putin wins the war against Ukraine, "other authoritarian leaders will be emboldened" to use force to achieve their goals and therefore it is in NATO's long-term interest to support Ukraine.

Stoltenberg expressed confidence that the ministers of foreign affairs of the NATO members "will take the position that support for Ukraine should be increased".

He said that NATO did not meet the Russian invasion of Ukraine unprepared and that it was not, because the Alliance has been preparing for such a possibility since 2014.

Stoltenberg also said it was "absolutely unacceptable and very dangerous" to use the issue of threatening the rights of Russian citizens in eastern Ukraine to invade an independent sovereign country.

He said that Russia had invaded Ukraine, claiming, among other things, that it did not want NATO troops on its borders and that there were significantly more of them now than before the invasion began in February.

He again rejected claims that NATO's eastward expansion was directed against Russia.

– NATO expansion refers to the decisions of sovereign countries to join the alliance. It was not a provocation for Russia, but the free democratic will of the countries that wanted to join NATO, he added.

Stoltenberg also said that China's growing presence around the world represents a kind of challenge for NATO.

- We see China in Africa, in the Arctic, in cyberspace, in European countries. We are seeing various moves by China to increase its presence in Europe, including taking control of important infrastructure, Stoltenberg said, noting that the security implications of Chinese economic activities should be taken into account.

Biljana Loteska has been a kindergarten teacher for 30 years and with this experience and the inspiration that comes from her dedicated work with preschool children, she became the author of the first interactive picture book for children "Yellow Socks". And there will be more... Get the most important news, free on Viber First of all, congratulations on the two occasions to celebrate: ...

Interview with Biljana Loteska, kindergarten teacher and author of picture books: Five days a week I wake up the child in me Read More »

A large glacier has disappeared in the USA, it was there for thousands of years

Spasovski: The police will fiercely oppose if someone humiliates Macedonia and the Macedonian people on Saturday

VIDEO INTERVIEW | Ivana Atanasovska: The red alarm is on because there are patients with cystic fibrosis who are in a life-threatening condition

Near the Russian border, Ukrainian soldiers are waiting for another attack on Sumy

There is no more 24-hour heating in Autokomanda, there will be heating like everyone else - from 6 a.m. to 22 p.m.

Kumanovec died after hitting a parked bus with his car