A legacy worthy of respect - 50 years of Macedonian animated film The research work of Ivan Ivanovski and Slobodan Jakoski opened a space to create an event that marks 10 years of Macedonian animated film from November 22 to 50 at the Youth Cultural Center.

During the second edition of the animated film festival "Flipbook", the authors of the research Ivan Ivanovski and Slobodan Jakoski made a presentation of the project "Macedonian animated film".

Through the research they came to the fact that this year marks the 50th anniversary of "Embryo No. M "by Petar Gligorovski, the first Macedonian animated film. Gligorovski, together with Darko Markovic, Boro Pejcinov and six other authors are the generation that lays the foundations of Macedonian animation. These authors reached their zenith in the late 70s and early 80s, making outstanding films that participated in and received significant acclaim at major world festivals, including "Silver Bear" at the Berlin International Film Festival.

- Almost two years ago, Slobodan Jakoski and I started the research in order to discover the history of the Macedonian animated film. We are implementing the project through the Association of Film Workers of Macedonia in partnership with the Cinematheque of RS Macedonia and "Vardar Film", with which we have good cooperation. As an author, I felt the need to discover the historical context in which the Macedonian animated film developed, because few people know that we have a legacy worthy of respect, that there was a "Skopje School of Animated Film", awards from festivals in Oberhausen and Annecy, Montreux and Berlin, etc. . That is why we started researching and "digging" in the archives of the Cinematheque of RSM, "Vardar Film" and in the private and family archives of the authors.

Through conversations, interviews, reminiscences with contemporaries, as well as through reflections in criticism and the press, we try to discover and capture the spirit of the time. During that period, more than 50 films by nine authors who are professionally engaged in animated film were realized. From today's point of view, according to the number and quality of the films, this can be considered the Golden Age of the Macedonian animated film. We also have about 20 films made by enthusiasts who find alternative ways of production, mostly through movie theaters. For this segment we remain obliged to process and systematize it in the future - explained Ivan Ivanovski.

An exhibition of artifacts was set up during the event, there was a screening of films and conversations with authors from the older and newer generations, and the publication "Macedonian Animated Film 1971-1991" was printed. 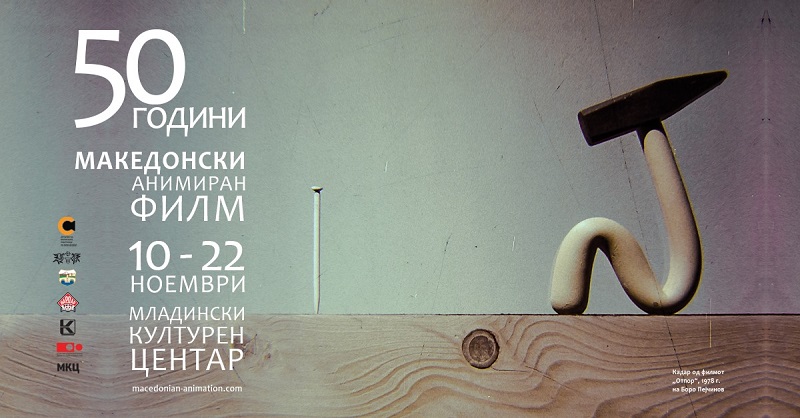 The publication contains the "files" of the authors Petar Gligorovski, Darko Markovic, Boro Pejcinov, Delcho Mihajlov, Miroslav Grcev, Slavoljub Ignjatovic, Mice Jankulovski, Milutin Roganovic and Afrodita Markovic, as well as information on the process of collaborating with the review by Blagoja Kunovski and text by Ivan Ivanovski.

ITF "Actor of Europe" in Prespa marks its twentieth anniversary

"Jim Politis Quartet" from Greece will perform at "Skopsko Leto"

Artists Zhmijevski and Althamer enrich the art collection of MSU