Changes have been made in the project: Will the reconstruction of the Universal Hall finally continue? 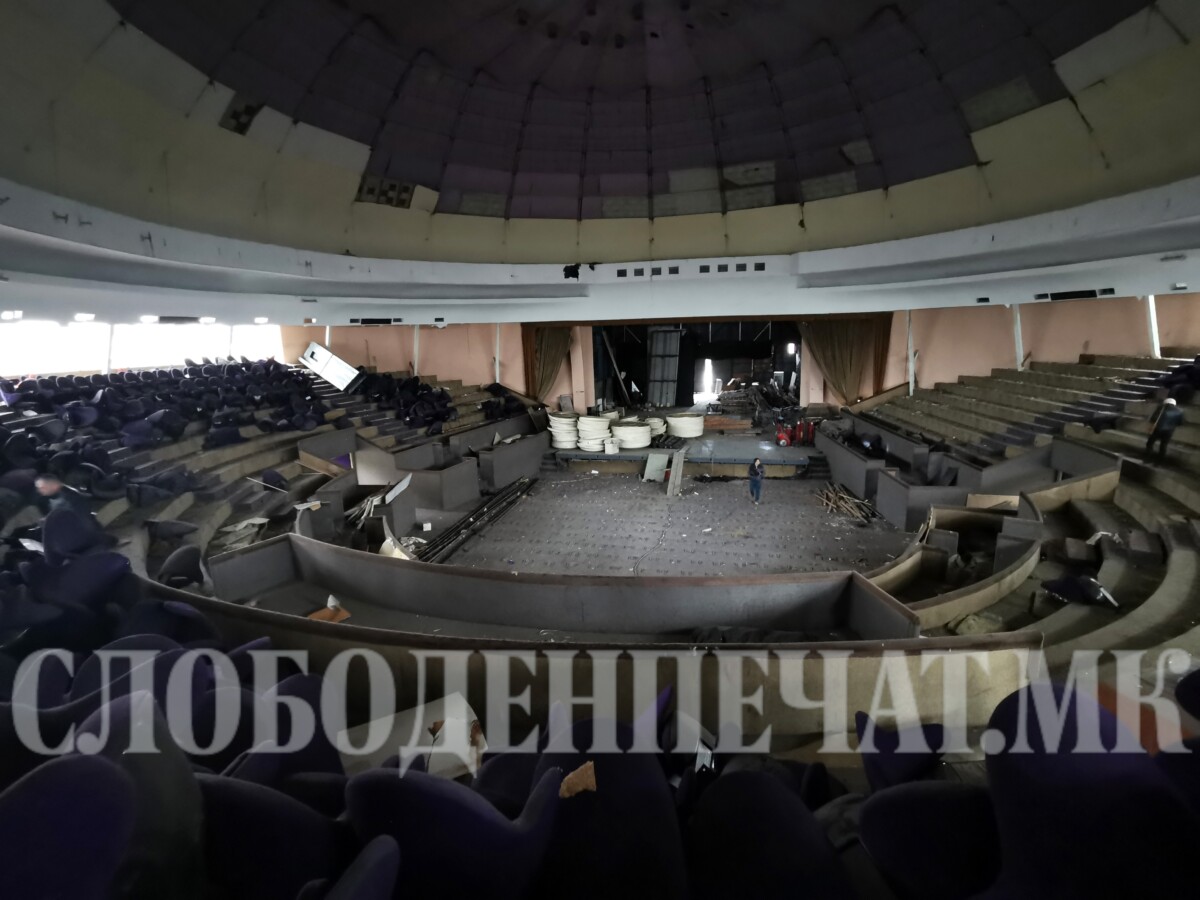 The City of Skopje explains that a new technical solution has been reached from the designer, on the basis of which it is necessary to amend the initial contract, for which the City of Skopje has submitted a letter to the Government.

The reconstruction of the Universal Hall has been stopped for months, after the mayor of Skopje, Danela Arsovska, already in March indicated that the project you are working on has bugs and is insecure. She emphasized that the works will continue, but after changes are made in the project that will guarantee the safety of all citizens who will visit the hall when the reconstruction is completed.

Now, six months later, things still haven't picked up where they left off. Nothing is being done at Universal. However, changes have been made to the project, so it is expected, as previously announced, that the construction of the facade and the dome will continue.

As many times in the previous period, the mayor of the City of Skopje emphasized that due to problems with the statics and certain anomalies of the previous project during the past period, changes were made to the basic project in consultation and ascertained, by the Faculty of Civil Engineering and by the designer himself - explained by the City of Skopje.

We hope that as soon as possible, the authorities in the government will enable the smooth progress and intensification of the construction works in the Universal Hall - the City emphasizes.

The City of Skopje reminds that the Universal Hall project, since its adoption by the previous city management, according to the signed agreement, should be fully financed by the Government of Macedonia.

A few months ago, at a press conference, the mayor entered into a public discussion with representatives from The Association of Architects and with the Minister of Culture Bisera Kostadinovska Stojchevska, claiming that there are errors in the project and as he said, instead of the planned pillars of the projected solution, it was determined that it would have to be strengthened with two more supporting pillars. But as Arsovska pointed out, those are not the only problems of the project.

The contractor is faced with a series of problems due to the non-compliance of the project with the existing condition of the building, as well as a series of unexpected situations with the building and construction elements, i.e. the absence of armatures in the walls, cracked reinforced concrete slabs on the stage, unexpected existing foundations in places where they were not foreseen before and similar. If a proper analysis had been done before taking on this donated project and before the construction works started, probably such problems that seriously threaten the safety of this building, would not have been on the scale as they are now - Arsovska said then.

For the interior of the building, as the mayor emphasized, there was neither a project nor money provided by the government. By the way, for the reconstruction of the outer part of Universal, the Government, even during the term of ex-mayor Petre Shilegov, provided two million euros.

The project after which the reconstruction of Universal was started is a donation to the planning bureau "Megaron Engineering".

The hall has been closed for concerts, theater performances and other cultural events since 2015, after parts of the ceiling began to fall and it was realized that a complete reconstruction was necessary. There were several ideas and proposals for its reconstruction, projects were made, and even ideas for its demolition, but then, after the strong reaction of the public, it was decided to keep its existing appearance with the reconstruction.

CUK: Wild pigs have appeared in Pržino, citizens should be careful when walking on Vodno

"Nikola Tesla" street in complete darkness, Karposh says there were problems with the lighting timer

The Municipality of Centar wants to produce electricity

Parts of three Skopje municipalities will have no electricity on Tuesday