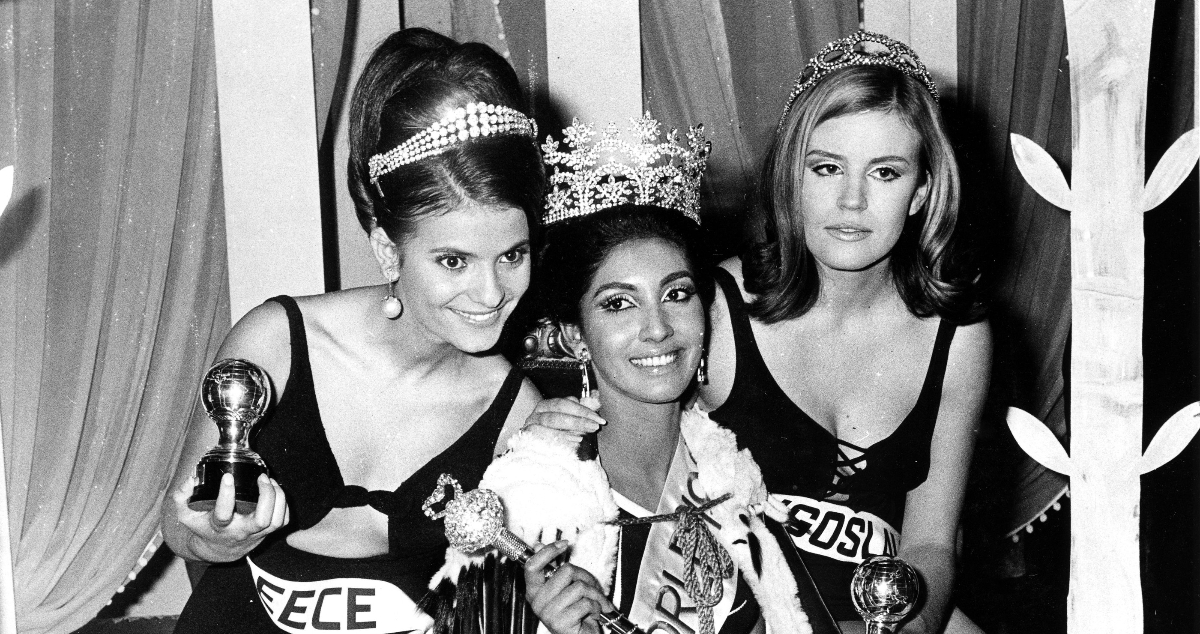 No one in the countries of the former Yugoslavia, even while living in a common state, achieved the success of the beautiful Nikica Marinovic from Dubrovnik, who was named the first runner-up in the 1966 Miss World pageant in London. The life of this beautiful Croatian woman looked like a fairy tale, but after the Hollywood plots, it ended like an ancient tragedy.

Nikica will be found by chance in the selection of the most beautiful woman in the world. Namely, the women's weekly "Bazar" at that time took over the rights to be elected Miss Yugoslavia, and since the editor-in-chief was not satisfied with the registered candidates, she will decide to go alone in search of anonymous beauties.

In the search, he will meet Nikica Marinovi,, then still a minor high school student, who will have the difficult task of convincing his conservative parents to allow her to show her beauty to the whole of Yugoslavia.

Nikica herself is shy, so she will hesitate for a long time whether she should appear in a two-piece swimsuit, but in the end she will still give in to the strong insistence of the then owners of the Miss World license.

In London she is greeted as a goddess - she is the first miss from the countries of the socialist bloc and is a pleasant surprise for the public there. Everyone expects a woman with a rough appearance, maybe even a man, but Nikica was the embodiment of a lady and angelic beauty.

Even today, it is speculated that the title escaped her only because she comes from a communist country, and allegedly the audience welcomed the decision with obvious dissatisfaction that Nikica is not a winner.

After conquering the planet with her beauty, Nikica moved to Belgrade. Interestingly, she turned down the famous director Roberto Rossellini who offered her a role in his film, but she then thought she was not ready for the brutal Hollywood industry.

In the Serbian capital, this young lady will fall in love with writer and director Vuk Vuch, and this love was crowned with the marriage and birth of her son George. Less than five years later, however, a divorce ensued, but this fatal woman never lacked suitors…

So soon in her life appeared the famous director Zdravko Shotra, to whom she also said the fateful yes, and the couple gets a son Marko. This marriage also does not survive - the collapse followed in 1980.

"I did not initially fall in love with the first Miss World escort, so to call her on set - I fell in love during filming. People around me were absolutely jealous of Nikica. They used to tell me… Namely, it is difficult to preserve the intimacy of an artistic marriage, and the few who succeeded, it means that these people had enough intelligence. "I did not have him and I am very sorry about that," Shotra said at the time.

After two divorces, Nikica is retiring from public life and will dedicate herself to her business - a small boutique in Knez Mihailova, which will be very popular, many people just come to see her. But then her name is mentioned less and less, and at some point she will lose all trace and sad rumors will appear - that she is severely depressed, that she often visits a psychiatrist and that she has run out of money.

She allegedly lived very lonely and cut off all contact, even with her closest friends, and those who remain with her claim that she is very unhappy and that she misses Dubrovnik terribly, especially during the war.

That this is really true is evidenced by one of her last columns published in the magazine "Vreme", which she dedicates to her hometown, and perhaps the sentence "Living and longing for Dubrovnik, that's me!" Speaks best of how felt.

In November 2008, Nikica decided to stand in the way of her agony - taking a lethal dose of sleeping pills, without a farewell letter or message. He was 61 years old.

PHOTO | The Forgotten "American Plan": Women were imprisoned because they were believed to be sexually immoral

VIDEO | Stefan Mandel, the man who cheated the lotto 14 times and never broke the law

Gala and Salvador Dali: A Glorious and Poisonous Love Story

The Tragic and Mysterious Death of John F. Kennedy and Carolyn Besset: A Turbulent Love with an Unhappy End

VIDEO | The famous Yugoslav kiosk K67 was set up in Times Square in New York: But does the world know about its cultural history?