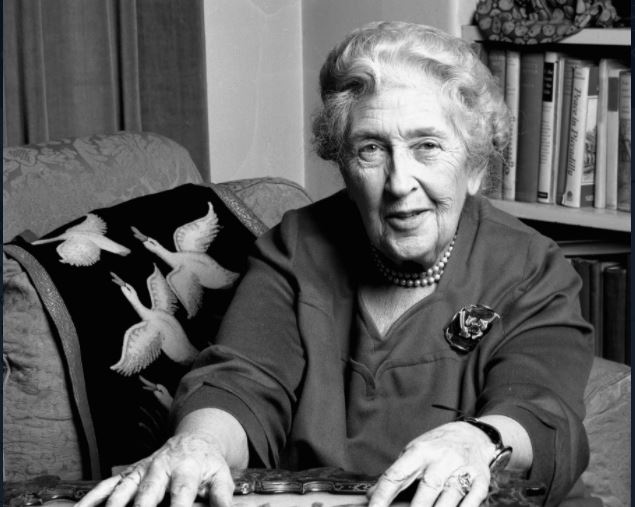 One winter day in December 1926, news broke in Britain and around the world that an empty car with a women's fur coat had been found on the road. After a while, the news exploded: writer Agatha Christie disappeared, and the car found was hers.

Scotland Yard rose to its feet and "combed" through the underground, inquiring about the fate of the missing woman. But there was no trace or voice for her. The most interesting thing is that everyone knew that Archibald wanted to divorce and that he could therefore kill her!

To make matters worse, the night Agatha disappeared, he was at the country house with his mistress. Scotland Yard was convinced the alibi was fake. In a word, the whole of Britain with disgust despised Agatha's husband and waited for evidence, a trifle for the police to put him behind bars. The newspapers, the society, were indignant and demanded the immediate arrest of the cursed husband.

Archibald was the most hated person in those 11 days. His mistress could not stand it, so she ran away from him.

Conan Doyle himself, who was believed to have found the missing woman using the Sherlock Holmes method, was also brought into the investigation. And then came an anonymous call announcing that the missing woman was currently in the modern Swan Hydropathy Hotel, having a lot of fun on the dance floor and mostly going to very expensive spa treatments. Police searched the hotel and found the writer, who looked beautiful and rested, in good health and in good spirits.

Agatha lived in a hotel called Theresa Hill. She would later say that she had "a temporary blackout of grief". Therefore, she does not remember how she got here and she does not remember anything. But psychologists will say that all these are tricks and that there is no blackout in the mind, because the lady had a great time in the restaurant, danced and played the piano, attended expensive bath treatments and drank great expensive wine. What, in principle, a man with a darkened mind is not capable of doing.

It was revenge against her husband, his complete humiliation, victory over him and absolute defeat of his future marriage. Lovers, like rats, are always the first to escape from a sinking ship.

As for the age difference with her second husband, Agatha uttered a wonderful phrase:

"It's great to have an archaeologist husband - you get more and more valuable to him every year."

The price of electricity will be in the interest of the citizens, Bekteshi promises

Mystery in Butel: A strong smell of gas spreads in houses without gas supply

"I do not oppose Zaev with the candidacy for leader of SDSM," said Despotovski

Which countries vaccinate children against covidium and why do they do it?

Bogoevski: Danela will still spend in times of crisis

Stefan Bogoev: The hand of the one from Budapest is long

Ukrainian Defense Minister: We can expect an attack on Russia at the end of January