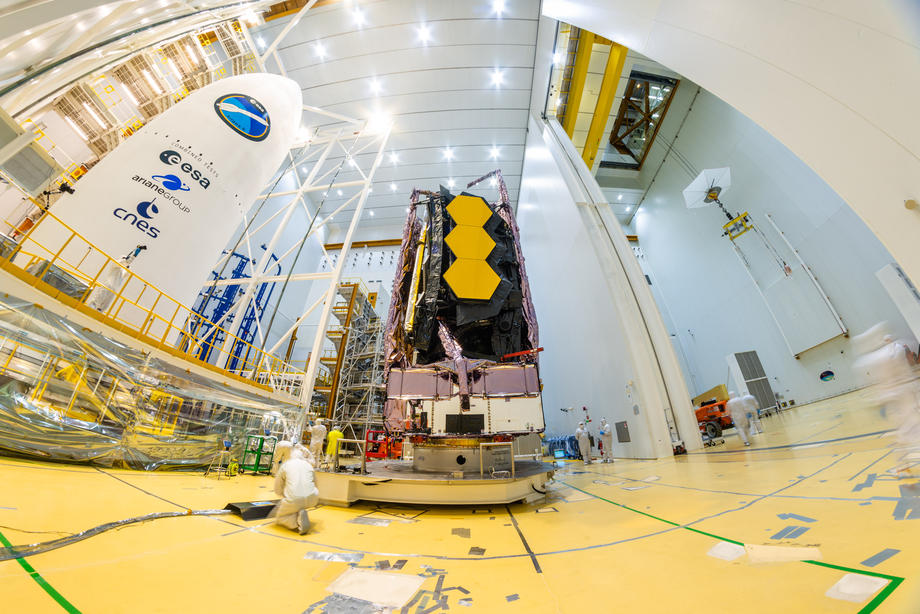 The largest space telescope James Webb is due to be launched today from French Guiana.

The Space Telescope of NASA worth $ 10 billion to be launched on Ariane-5 rocket, reports the BBC.

It took 30 years to design and build, and is considered one of the greatest scientific endeavors of the 21st century.

James Webb's mission is to follow up on the discoveries of the Hubble Space Telescope, which is nearing completion after 31 years in orbit.

Fueling of the @ Ariane5 rocket has started ahead of a 7:20 AM ET (12:20 UTC) launch from Europe's Spaceport in Kourou, French Guiana. Live coverage starts at 6 am ET (11:00 UTC). #UnfoldTheUniverse https://t.co/RyJmhSb3ML pic.twitter.com/hbBLhSIQlz

James Webb will be able to look deeper into space. The goal is to see some of the first stars and galaxies to form after the universe formed in a big bang more than 13,5 billion years ago.

The telescope will also be able to examine the atmospheres of distant planets to see if there are gases that could indicate the presence of life.

At the base of the new telescope is a 6,5-meter-wide, gold-plated mirror connected to four high-sensitivity instruments.

The powerful telescope, which uses infrared light, will be the most important space science laboratory in the next decade, NASA claims.

If the plan goes according to plan, the 6.350-kilogram instrument will be removed from the rocket after a 26-minute space flight.

The telescope will then move into its solar orbit about 1,6 million kilometers from Earth next month. Its orbit around the Sun will be constantly aligned with the Earth, so that the apparatus and our planet will move in tandem.

Turkey does not give in: No entry for Finland and Sweden into NATO without "concrete measures"

Putin has ordered an increase in pensions and the minimum wage

Ukraine: The fight for Donbas will decide the fate of the country

Johnson assumes responsibility, but will not resign over Partigate