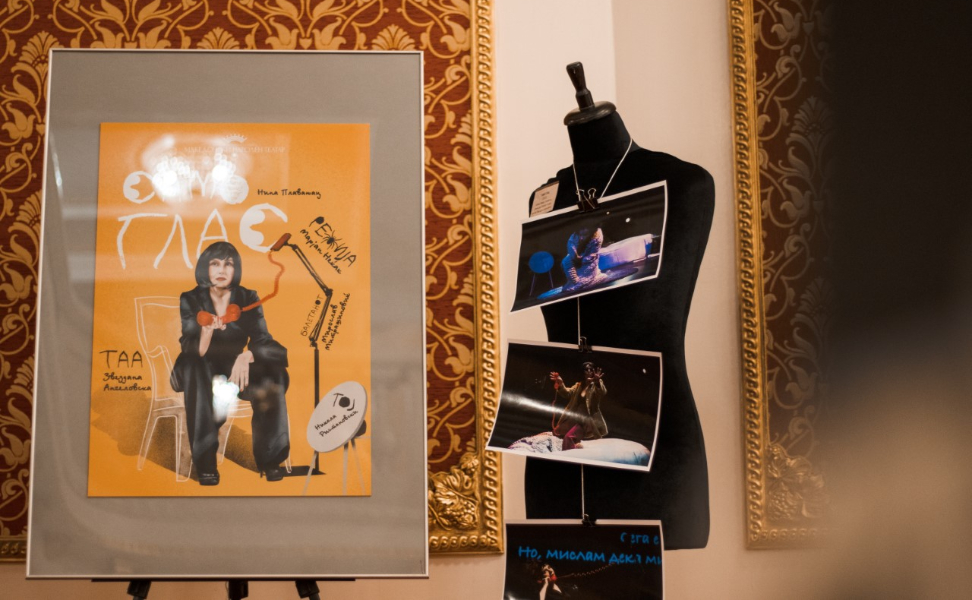 The poster for the monodrama "Only voice" at the exhibition "Monodramas and duodramas of MNT" / Photo: MIA

The actress Zvezdana Angelovska received the award for the best acting achievement of 29th edition of the Risto Shishkov Chamber Theater Festival, which ended last night in Strumica. She was awarded for her role in the play "Only Voice" by Nina Plavanjac, directed by Marjan Necak and produced by the Macedonian National Theater in Skopje.

The decision of the festival jury was explained by the president, last year's laureate, Aleksandra Peshevska, in which besides her, the acting of the actors is evaluated by Blagoj Corevski and Petar Mircevski.

- Zvezdana Angelovska provided us with a view of the inner world of her character, expressing her personal views, and through her lamentation the wider image of society from a social, ideological and religious aspect is reconstructed. Zvezdana Angelovska upgrades her character by using musical means, at every moment she was dedicated and convincing in her creation of the character, acting powerful and staunch. The transformations of the character show the acting range of Angelovska, a range with ocean depth and sky width! She manifested a modern acting expression in the context of the current global social moment, said Peshevska.

Angelovska did not attend the award ceremony, which consists of a gold medallion with the image of Shishkov and a cash prize in the amount of 1500 euros. According to the director of the Festival, Vancho Ristov Patrikov, the award will be presented to her additionally.

Otherwise, Zvezdana Angelovska receives the "Risto Shishkov" award for the second time. She received it for the first time in 2003 and so far she is the only one who has won this award twice.