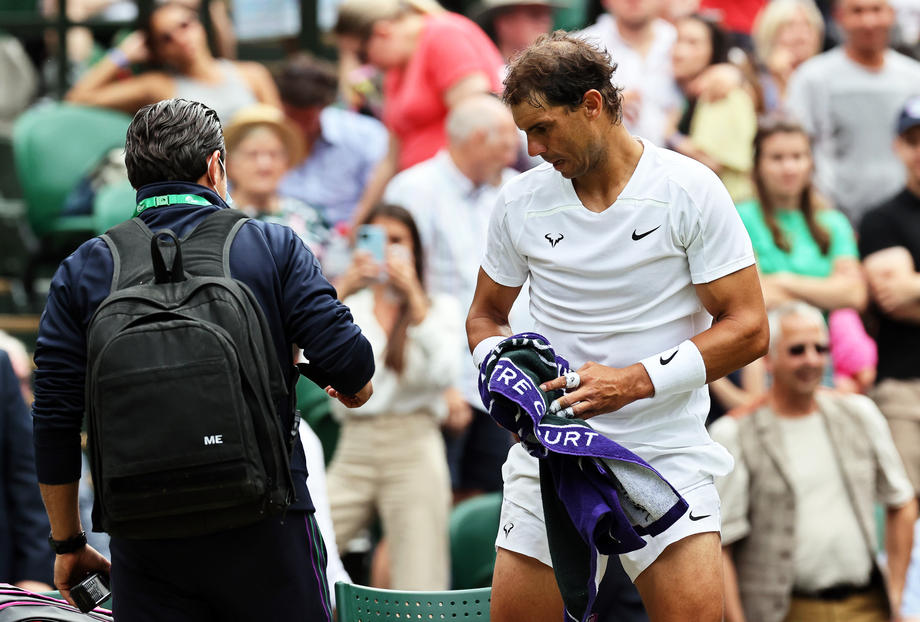 Rafael Nadal twice called for a medical time-out in the duel with Frc/photo: EPA-EFE/KIERAN GALVIN

Rafael Nadal managed to survive the problems with the stomach muscle injury, and after four hours and 21 minutes of crisis, he defeated Taylor Fritz 3:2 in sets and secured a place in the semi-finals of Wimbledon.

Nadal was down one set on two occasions (0:1 and 1:2), but he managed to find a way to get back into the game and celebrate over the moody American.

– I enjoy playing matches like this in front of the fans, I can't thank you enough for everything. It was a tough day for me against a great player, Taylor who has been playing great all season. It was not easy for me, but I am happy to be in the semi-finals - said Nadal.

– My health is generally good, but my stomach is not in the best condition. I had to find a way to serve differently. I thought I wouldn't be able to finish the match, but I was carried by the pitch and the energy from the stands. Thank you for that - Nadal thanked the fans in the interview after the match.

Interestingly, the numbers also show that the Spaniard struggled against Fritz due to stomach pains. In the previous two matches, the average speed of his first serve was 185 kilometers per hour, today it was only 172 kilometers per hour, and with such a service, there will be big problems against the moody Nick Kyrgios in the semi-finals.

– I hope I will be able to play. Nick is a great player, especially on grass and it will be a big challenge for me. I need to be 100 percent ready to have a chance against him - added Nadal.