Nadal: You better not know how many injections I received, I do not know what will happen next 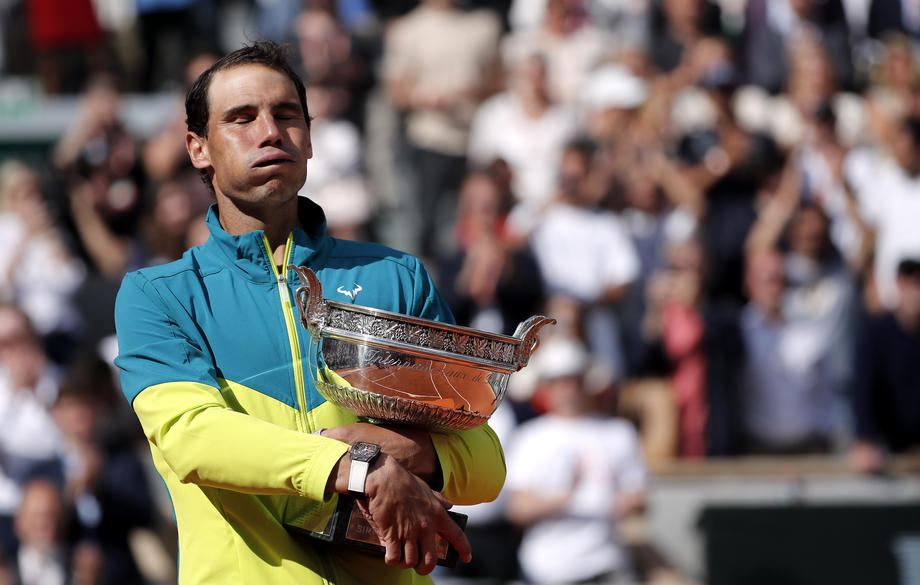 Rafael Nadal conquered Paris for the 14th time and came to his 22nd Grand Slam title.

The Spanish tennis player, by winning "Roland Garros", showed once again why he is really the "king of the country".

- It is difficult to describe how I feel. I never believed I would be here again to compete in another final. It all means a lot to me. This was an amazing journey and your support from the stands was the same. Thank you very much - said Nadal.

Many even before the start of this tournament, speculated that it is possible to end his career soon, and with the next statement he worried the fans. He talked about the foot injury that is constantly bothering him.

- I do not know what can happen in the future, I will fight. If I did not believe at all, I would not be here. In particular, as everyone knows, the preparation was not ideal for me. I was off the field and trained for a month and a half due to rib problems, and then the leg problems appeared. That problem is always here, it was especially difficult in Rome. I had a doctor here with me, I did not play without feeling my foot. - With an injection in the nerve, to "fall asleep" the foot, then to play - says Nadal.

Eurosport journalist Barbara Shett asked him how many injections he had to receive during the tournament?

- You better not know how much - Rafa answered briefly.