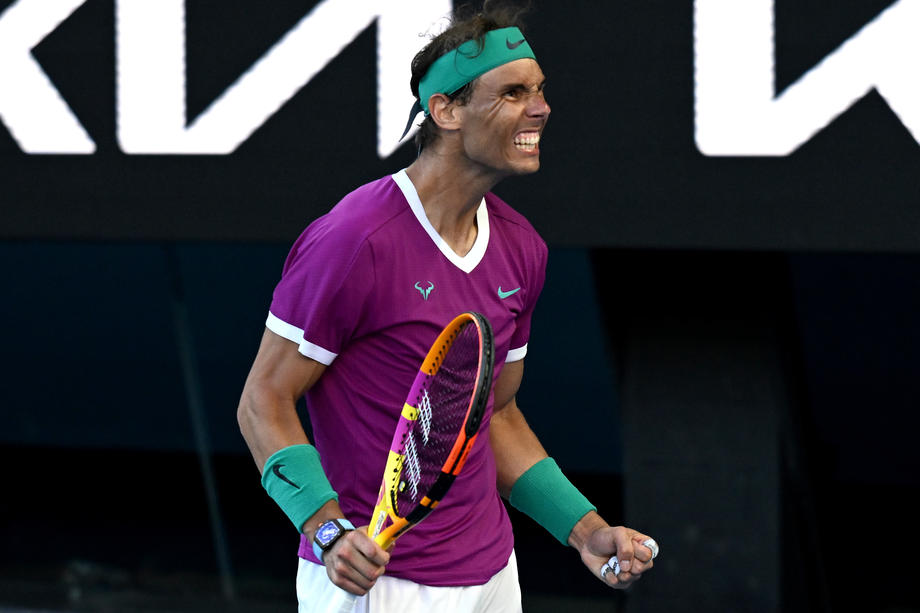 Rafael Nadal advanced to the semifinals of the Australian Open after a great fight and missed an advantage of two sets, however in the end managed to beat Denis Shapovalov with 6: 3,6: 4,4: 6,3: 6,6: 3. In the women's competition, Madison Keys will play in the semifinals after eliminating the champion from Roland Garros, Barbora Krejchikova, in two sets with 6: 3,6: 2.

🗣️ "You guys are all corrupt!"

Denis Shapovalov has unloaded on the chair umpire in a stunning outburst on Rod Laver arena. 😳🤯#AusOpen - Live on Channel 9 and 9Now pic.twitter.com/BUdTxut1Fc

The first set was decided by only one break, that of Nadal in the fourth game, after which he took the lead with 3: 1 and kept the advantage with a reliable service. In the second set, Shapovalov got into an argument with the referee, accusing Nadal of procrastination and thus disturbing his rhythm during serving. The complaints did not help the Canadian tennis player who again lost a game on his serve, the seventh that proved to be decisive for winning the set.

Not looking back 👀@denis_shapo fights back to level things up against Nadal, taking the fourth set 6-3.#AusOpen • # AO2022 pic.twitter.com/aAhsm8XrbL

In the next third set, Shapovalov finally played better, first missing two break points, but then in the tenth game he managed to take away Nadal's serve and reduce it to 2: 1 in sets.
The won set gave wings to the Canadian and in the fourth set he immediately made a break and took the lead with 4: 1 and after he managed to save two break points in the ninth game, he won the set and leveled at 2: 2.

In the deciding set, Shapovalov was the first to threaten, who had a break ball in the first game that he did not use. The penalty arrived in the next game, Nadal made a break and then took a 3-0 lead with a reliable serve, which finally broke Shapovalov's resistance. The Canadian did not have a single break chance until the end of the match and Nadal secured a place in the semifinals where he will play the better of the duel Matteo Beretini - Gael Monfils.

In the ladies, Madison Keys was the first to secure the semifinals in Melbourne after she eliminated the champion from Roland Garros, Barbora Krejchikova, with 6: 3,6, 2: XNUMX.
The first set was decided with a break by Keys in the sixth game when they took the lead with 4: 2 and did not allow a break chance to Krejchikova until the end. In the second set, Keys made two breaks at the start for a 3-0 lead which solved the dilemmas about the winner.
Keys will play the winner of the duel Ashley Barty - Jessica Pegula in the semifinals.