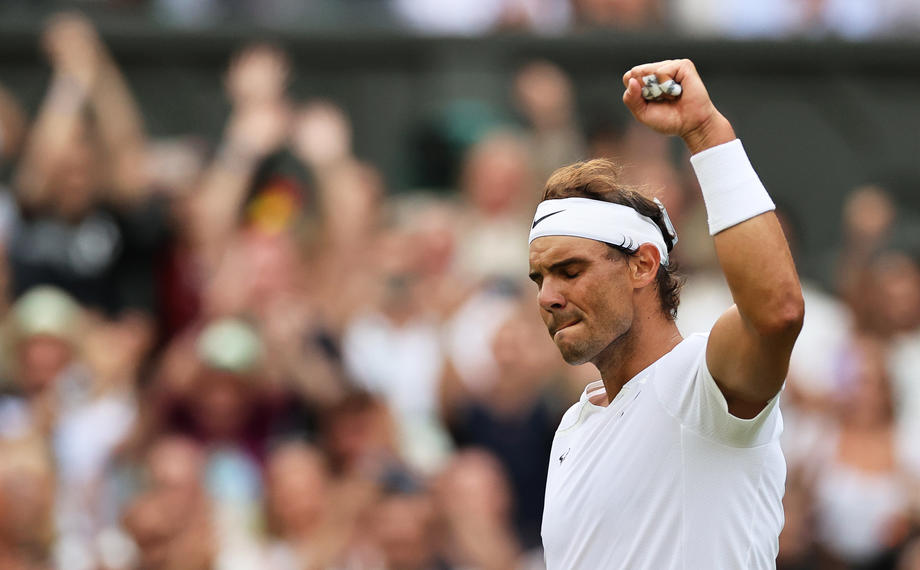 Rafael Nadal is the last semi-finalist at Wimbledon after defeating Taylor Fritz in the quarterfinals with 3:6,7:5,3:6,7:5,7:6. To qualify for the final, Nadal will play with Nick Kyrgios, who previously in three seta defeated Christian Garin.

The Spaniard, who triumphed at the Australian Open and Roland Garros, apart from against the cheerful American tennis player, also had to fight with stomach pains, which caused him to ask for a medical time-out after the end of the first set.

That the match would be difficult for the Spaniard could be seen already in the first set, even though he was the first to break and take a 3:1 lead. But then Fritz followed a streak of five consecutive game wins for 3:6 and a 0:1 lead in this set.

In the break between two sets, Nadal asked for a medical time-out for the first time due to stomach pains, but that did not stop him from fighting back and celebrating with 7:5 for 1:1 in sets.

In the third set, Fritz again played excellently, he did not allow Nadal to break, and he took the Spaniard's serve twice for 3:6. Then in the break between the third and fourth sets, Nadal asked for a medical time-out again and after returning he played better.

The fourth set started with a Nadal break, but Fritz countered with a re-break. Nadal did not give up and broke again for 2:1 and maintained the advantage until the eighth game when the American broke again for 4:4. Then the two tennis players were confident in the next two services, until game 11 when the Spaniard broke for 6:5 and then with a good serve he reached 7:5 and leveled at 2:2 in sets.

In the deciding set, Nadal broke first in the seventh game for 4:3, but Fritz responded promptly in the next one. Then the two tennis players were confident in their service and took the match to a tie-break in which the Spaniard dominated, leading 5:0 and then routinely reached 10:6 for triumph and a place in the semi-finals where Kyrgios awaits.

The semi-final duels in the men's competition between Nadal-Kyrios and Djokovic-Nori will be played on Friday.

Medvedev remains the leader of the ATP rankings, Djokovic is in sixth position