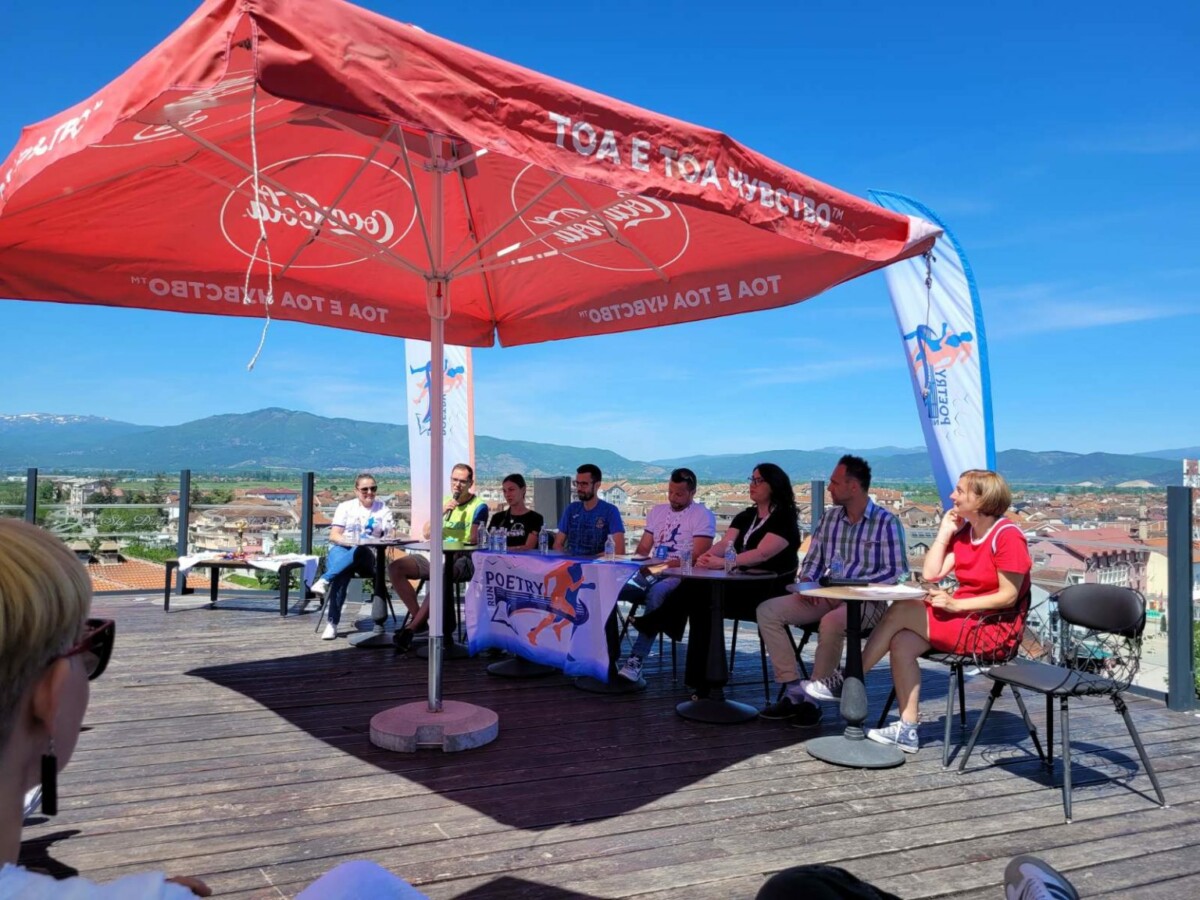 More than 1.100 professionals and recreationists from the country and the region will run tomorrow at the athletic event "Race of Poetry", which is being held for the second year in Struga, organized by the association "Sports Bridges".

This year's edition will be held under the slogan "We run - we recite". The competition part, as the organizers informed today at a press conference, is 10 km away, while the five km races and the Children's Race are recreational.

Speaking about the idea of ​​organizing such an event in the year of the pandemic, the president of the association "Sports Bridges", Mihajlo Ristovski said that he is proud that this year there is almost twice as much interest as last year.

- Last year we organized a race, which was a first for us, with all the obstacles and beautiful things that happen before and during the organization. We left a good face in the city in front of the participants who came, who after the race announced their participation again for this year. Last year we had 650 competitors, while this year the number is almost doubled, ie over 1.100 runners are registered, said Ristovski.

A novelty this year, he stressed, is the Children's Race, which was not organized last year due to the pandemic.

The director of the 10 km race Dejan Skeparoski informs that 450 participants are registered in this category, who will fight for cash prizes and medals.

- "Race of Poetry" is a wonderful idea to promote this beautiful city with something new, and to raise sports and poetry to a higher level, said Skeparoski.

According to Maja Poposka, responsible for its organization, 470 competitors were registered for the five-kilometer race, which is of a recreational nature.

- I wish everyone to achieve their best time and "easy legs", as the runners know how to say to each other, said Poposka.

The person in charge of organizing the Children's Race, Professor Mimi Stojanoska, announced that 120 children aged seven to 12 will take part.

- It is a great pleasure for me that this year we managed to organize a Children's Race in which 120 children from 7 to 12 years old will take part. Children's hearts are the purest, and I hope that we will turn that purity and beauty into a beautiful sports athletic activity. The children will enjoy, but also their parents and all of us, underlined Stojanoska.

For the athlete Miljana Ristic, who is in Struga for the first time, she said about the city that its beauty and spirit cannot be described in words. He expressed hope for achieving the best time for himself, but also a good ranking.

- Last year I did not participate due to other obligations, but this year I heard that it is a flat path, I hope the conditions will be good. My goal is a better time. I will fight and do my best to achieve my best time, and after the goal is the best possible ranking. "Take to the streets to encourage us, and it is up to us to do our best," Ristic said.

As part of the event, a poetry competition was held for an unpublished work on the topic "My Race", and the winner is the song "To the goal" by Ana Stojanoska.

#lead #Macedonia #Race of poetry
Share
Video of the day