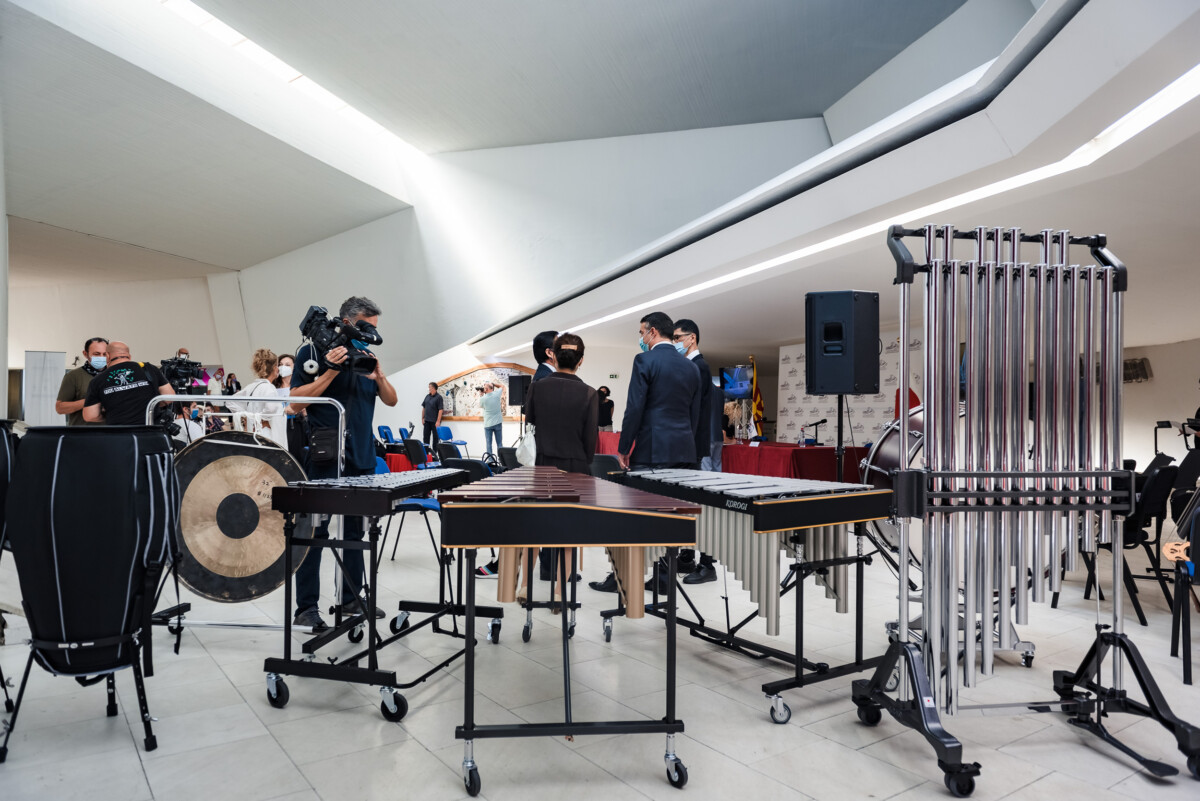 The National Opera and Ballet will start the new season with new musical instruments and equipment for sound and lighting, donated by the Government of Japan to support culture in the amount of 663 euros / Photo: MIA

The National Opera and Ballet will start the new season with new musical instruments and equipment for sound and lighting, donation from a grant of the Government of Japan for support of culture in the amount of 663 000 euros.

Deputy Prime Minister for European Affairs Nikola Dimitrov, as National Coordinator of Foreign Aid, at today's press conference in the lobby of the National Opera and Ballet on the occasion of handing over a donation, said that Japan is a traditional friend and donor to Northern Macedonia in many areas. project deepens cultural cooperation between the two countries.

- Japan is a country of inspiration and innovation, which is geographically far from us, but with the support of the Japanese Government, the commitment and readiness for cooperation of the Embassy and the Japan International Cooperation Agency, projects are successfully implemented that bring our citizens closer. With this project in the field of culture, I believe that the ties between the two countries will be further strengthened, as an example of global connectivity, said Dimitrov.

The Japanese Ambassador Savada Hinorori in his address in Macedonian stressed that within the Initiative for Cooperation with the Western Balkans, Japan is seriously committed to supporting Northern Macedonia towards sustainable economic and social development, crucial for European Union integration. He pointed out that since 2001, this is the second grant that Japan awards to Northern Macedonia in the field of culture, implemented by JAJKA.

"Apart from a better performance of the National Opera and Ballet, I would like this cultural exchange to contribute to the exchange of artists from both countries," said Ambassador Savada.

Thanking for the donation, the Minister of Culture Irena Stefoska wished that our and Japanese artists would perform on the stage of the National Liberation War as soon as possible.

- This donation will motivate the artists for greater creativity on stage and passion in music, which in the end will be the ultimate enjoyment for the audience, so let me describe the value of this donation in three words - motive, quality, applause, added Minister Stefoska.

DZAJKA's representative for this region Takeichi Giro expressed his satisfaction with this cooperation which confirms the desire for cultural exchange and connection.

The Director of the National Liberation War Vaso Ristov thanked all parties involved for the successful implementation of this project which was a great challenge for the whole team, but opens new opportunities for cooperation and improving the quality of performances.

The grant of the Government of Japan for support of culture - Project for improvement of the musical instruments for the National Opera and Ballet is realized in cooperation with the Japan International Cooperation Organization (JICA) within the program for cultural grants. The coordination and delivery of this donation as foreign aid was carried out through the Secretariat for European Affairs, together with the Embassy of Japan in Northern Macedonia and the Ministry of Culture.

Japan in the framework of cooperation with Northern Macedonia has so far donated assistance in the amount of over 420 million euros.

VIDEO | Belopeta: In the gray of everyday life of SJF we still see smiling faces