On this day, Novak ковиokovi изве performed the shot that radically changed the events in tennis 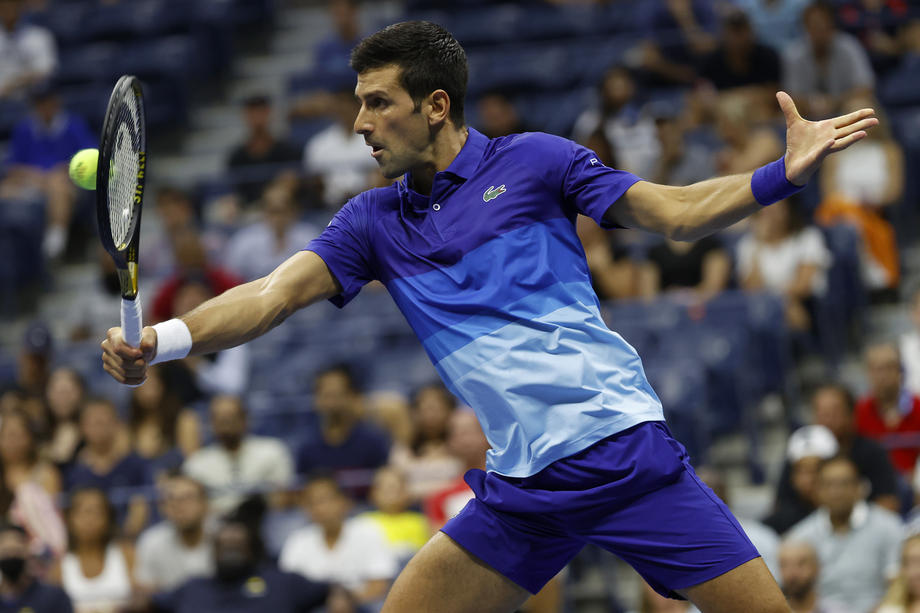 Novak ковиokovi ќе will miss "Indian Wells", but is expected to be part of the Masters in Paris / photo: EPA-EFE / JOHN G. MABANGLO

Exactly ten years ago today, Novak ковиokovi. Performed one of the most spectacular shots in tennis - a return from an almost hopeless situation in the fifth set of the dramatic semifinal of the US Open against Roger Federer.

Federer led with 2: 0 in sets, ковиokovi успеа managed to come back and equalize, and in the decisive fifth set with a lead of 5: 3 in games and 40-15 for Federer, Novak made a move that changed the developments in tennis. Federer served for a place in the final, had an advantage of 40:15 and in those moments Novak performed an incredible return from which the Swiss could not recover. Ковиokovi ги turned things around in his favor, first made a break, then won three more games and advanced to the final (6: 7,4; 6.6: 3,6: 2,7: 5) where he defeated Rafael Nadal in four sets (6: 2,6; 4,6: 7,6: 1).

Ten years ago today, Novak Djokovic produced one of the most badass moments in sports history 🥶 pic.twitter.com/CZx1gzDK9W

After the match, the main news was Federer's reaction when asked a question related to ковиokovi ре's retirement: When a tennis player hits a forehand like a match on a match ball, is it luck or self-confidence?

- Self-confidence? You must be kidding, please. You see, some players grow up playing like that. I remember losing matches in junior competition. They lose 5: 2 in the third set and start hitting the ball without a connection. For some reason, every shot is accurate because that is how they learned to play when they are in the red. I have never played that way, I believe the hard work will pay off. That's why it's hard for me to understand how someone can play such a kick on a match ball, but maybe he has been doing this for 20 years and that is normal. "You have to ask him," Federer said.

It was the fourth Grand Slam title for Novak Djokovic, and since then he has won 16 more Grand Slam trophies and tonight (one o'clock in the morning) he has a chance to secure a place in the final and fight for 21 trophies from the biggest and most prestigious tennis tournament. His opponent in the semifinals will be Alexander Zverev.