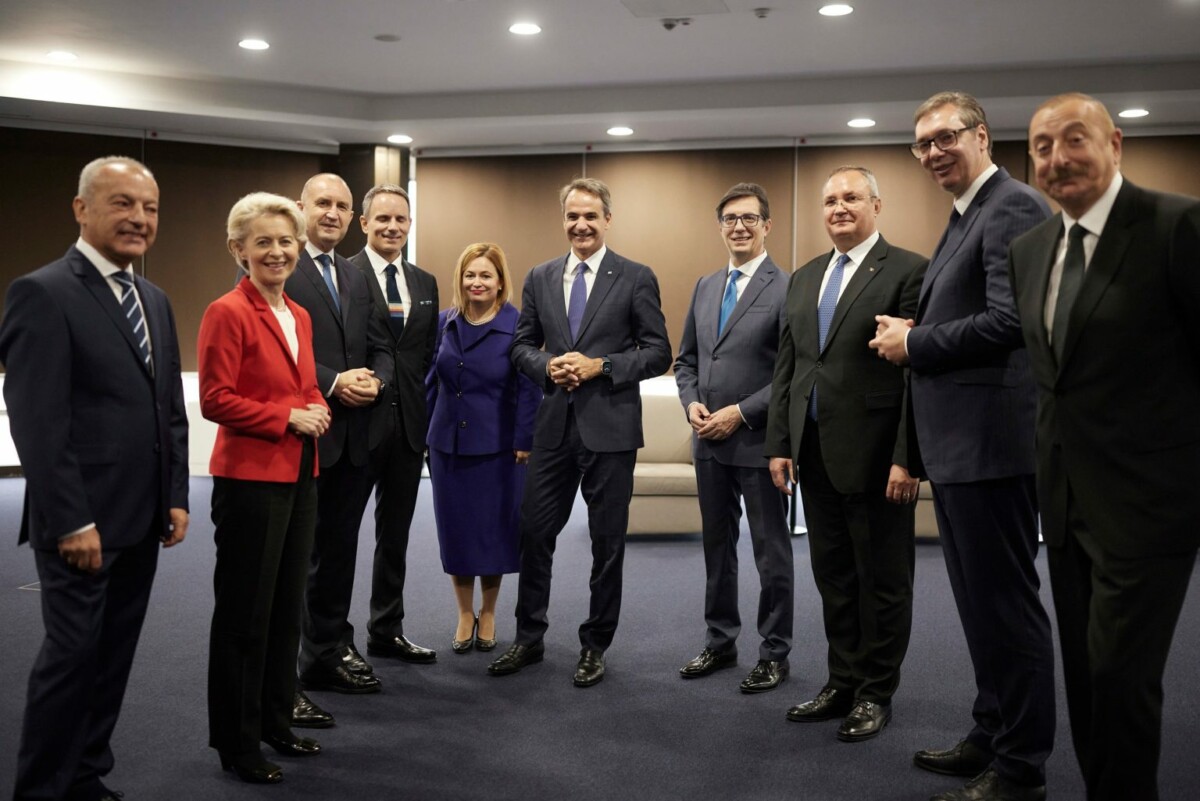 Dealing with the consequences of the energy crisis, energy cooperation, as well as the war in Ukraine were the topics discussed by Greek Prime Minister Kyriakos Mitsotakis at separate meetings in Sofia with the presidents of Azerbaijan, Bulgaria and Serbia, the prime minister of Romania and the president of the European Commission.

In bilateral meetings on the sidelines of the ceremony in Sofia for the start of commercial use of the IGB natural gas interconnector between Greece and Bulgaria, Mitsotakis emphasized the country's key role in energy security.

As informed by the office of the Greek Prime Minister, at the meeting with the President of the EC Ursula von der Leyen, Mitsotakis emphasized that it is necessary for the Union to take drastic measures to deal with the consequences of the energy crisis and repeated the proposals of Greece with the emphasis on the need to introduce a ceiling on the wholesale price of natural gas.

It was also about the war in Ukraine, after yesterday's decision of Russia it was emphasized that "the EU will never recognize the illegal annexation of the occupied territories of Ukraine".

Mitsotakis also informed von der Leyen about the latest developments in Greek-Turkish relations, repeating the firm commitment to dialogue based on international law, but also the determination to defend the sovereignty and territorial integrity of Greece. At the same time, he requested "resolute support from the EU against the aggression and revisionism of Turkey".

At the separate meetings with the President of Bulgaria Rumen Radev, with the Prime Minister of Romania Nicolae Čuka and the President of Serbia Aleksandar Vucic, bilateral relations, possibilities for their deepening, as well as energy cooperation were discussed.

-At the meetings, Kyriakos Mitsotakis underlined the strategic role of our country in the energy security and supply of the region, due to its location and the infrastructure it develops, which become even more important as the consequences of the energy crisis caused by the Russian invasion of Ukraine are felt, inform from the office of the Greek Prime Minister.

The importance of the TAP gas pipeline for the diversification of sources of energy supply in Europe and the role of the "Southern Corridor" in the policy of the European Union to strengthen energy security and promote the energy "green" transition, as a strategic cooperation of the two countries, was highlighted at the meeting of Mitsotakis with the President of Azerbaijan Ilham Aliyev.

The Greek Prime Minister emphasized "the key role that Greece can play in the energy security and supply of the Balkans and Europe due to its position, both with the infrastructures it develops (Revitusa, Alexandroupoli) and with the joint ventures it participates in as a bridge with Africa ”, mentioning the country's electricity interconnection with Egypt as a prime minister.

Speaking at the ceremony for the start of the commercial use of the IGB natural gas interconnector between Greece and Bulgaria, Mitsotakis said that a common European strategy is needed to deal with the energy crisis.

Greece: Three earthquakes of over four degrees in less than an hour

VIDEO | In Podgorica, a new protest by the opposition: "Never Montenegro like what Vucic dreams of"

Varheji: BiH should show readiness for reforms, not to miss the opportunity to obtain candidate status

Congratulations from Biden, NATO and KFOR on the occasion of the 110th anniversary of the independence of Albania