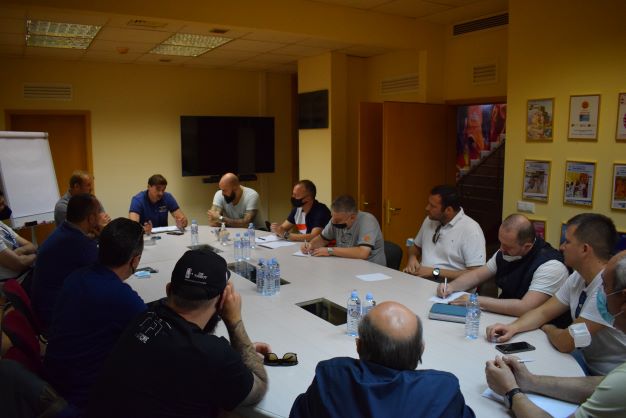 The couples for the first round of the new season were determined in the premises of KFSM / photo: KFSM

Today in the premises of the Basketball Federation of Macedonia (KFSM) was held a joint meeting with the Association of Premier League players where the draw for the new season was made and the competition numbers for the 2021/22 season were determined.

In the first round of the basketball First League, which is scheduled for October 2 and 3. The defender of the double crown MZT Skopje will play against one of the main competitors for the title, Pelister. The match will be played in Bitola, a both teams will be part of the ABA2 league.