MZT complains about the sentence: The verdict must be fair, Antic himself signed as irrelevant 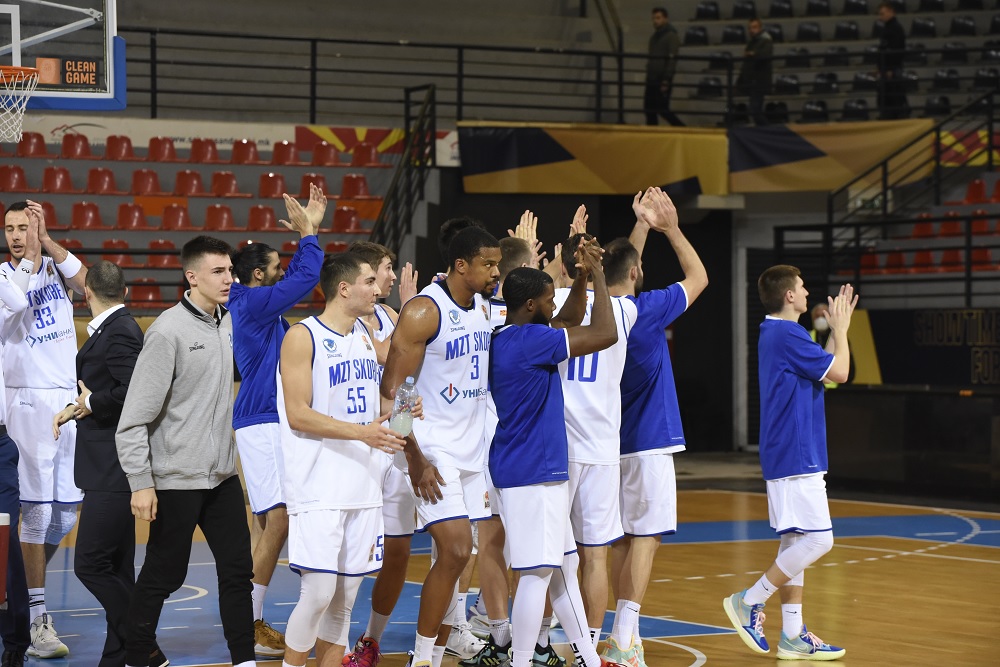 The management of MZT Skopje filed a complaint to the basketball federation of Macedonia due to the fines imposed on the club and the director Toni Grncharov.

KFSM fined the champion with 300.000 denars, while Grncharov earned a two-year suspension due to alleged insults directed at the President of the Federation, Pero Antic.

MZT Skopje reacts that the procedure during the report by Pero Antikj was violated and believes that the president of KFSM can not feel offended by the word "irrelevant" with which he signed himself when he entered into a verbal war with Petar Naumoski, former president of the Federation.

The announcement of MZT Skopje is transmitted in full:

The management of MZT Skopje Aerodrom officially sent an appeal to the Arbitration Commission (AC) for the punishment that the club and the director Toni Grncharov received from the Disciplinary Commission (DC) after a report by the first man of KFM, Pero Antikj, which resonated loudly in the public, where there was a great deal of disbelief that such a bizarre "judgment" could be made at all.

The club was sanctioned with 300.000 denars, and Grncharov with a two-year suspension for alleged and unproven "insult" pronounced with a post on Facebook, in which neither the "affected" Antic is mentioned or found. We base the complaint on several points and with it we dispute many nebulae according to which we have been punished, and which we believe will be taken seriously by the members of the second instance decision body in the House of Basketball.

MZT and Grncharov have been denied the right to get acquainted with the content of the Report submitted by Antic and their right to know which violation of the Disciplinary Rulebook of KFM is charged, as well as the right to receive the report and inspection in its content to give their proper defense. "With this procedure, the DC committed a flagrant violation of the procedure in accordance with the Disciplinary Rulebook, and in relation to the provisions of the Law on Criminal Procedure and the European Convention on Human Rights!" they did not even get the minimum rights as "defendants".

According to the DC decision, one of the reasons why Antic felt offended was the publication of a photo in which he was blurred. On top of that, he found himself offended because the word "Nebiten" was used, a nickname he imposed on himself over the years, to which we attach a great deal of evidence.

"Unimportant moments for Grncharov's fans, ie for the MZT fans from the" disputed "photo would be - Antic as a former player of Rabotnicki, one of the referees from the match, the fans from Rabotnicki and the home hall of Rabotnicki, because of which they are also blurred, things that are not mentioned at all in the decision. With the very fact that Antic signed every statement as 'The Unimportant', the public learned of him as the 'Unimportant' and this was set up as a satirical way of communication by him. To date, Antic has never publicly renounced this nickname or denied it, in a way to show the public that with that nickname he suffered damage to his reputation, honor and dignity, ie that he was insulted. Moreover, in the period after the Super Cup, no media outlet addressed Antic as 'Irrelevant' or 'Blurred' in a negative connotation, which means that no one understood our announcement in that way, because our intention was not like that either. "but it is also proven that he did not suffer any damage," the complaint added.

In order not to bore the public with the whole complaint, we will also mention the part where we emphasize that Antic has no legal legitimacy to find himself in the posts on the social networks of MZT and Grncharov.

"Antic is neither directly and unequivocally quoted by name and surname, nor as an authorized person of the federation, nor was he indirectly alluded to, nor is there any demonstrated intention for any person to be disparaged, nor is there any derogatory vocabulary in the text or photo, and no nor is his honor and reputation damaged. We believe that there is a lack of active identification for Antic to be allegedly damaged by offensive content in a text or photo and as an individual-sports public figure or as the highest sports official in basketball. At the same time, he as a public figure MUST have a greater degree of tolerance for what is published and associated with him, ie there should be no vanity because it works indirectly for all of us. "We are also submitting a case law from the European Court of Human Rights for this," we explain in the appeal.

We ask the members of the Arbitration not to succumb to pressure and to be aware that they are obliged to decide not only according to the acts of KFM but also their own conscience and the legal regulations in the country, which of course gives more weight to their decision. At the same time, we hope that they are aware of the responsibility and that they must not allow the decision on our complaint to be made by persons involved in the first instance process, nor by persons who are in direct private business relationship with the person who has filed this nebulous report, so that there is no conflict of interest.

We publish all this with the desire to inform the public that we are continuing the "war" against the nebulous decision of KFM, in a legal and legitimate way, with all the means at our disposal according to the regulations of the federation and the state. We have already said that we are ready to go to the end and seek justice, but also responsibility for everyone, if we continue to violate our rights, the acts of KFM, but also the laws of the Republic of Macedonia. "And we stick to our word."