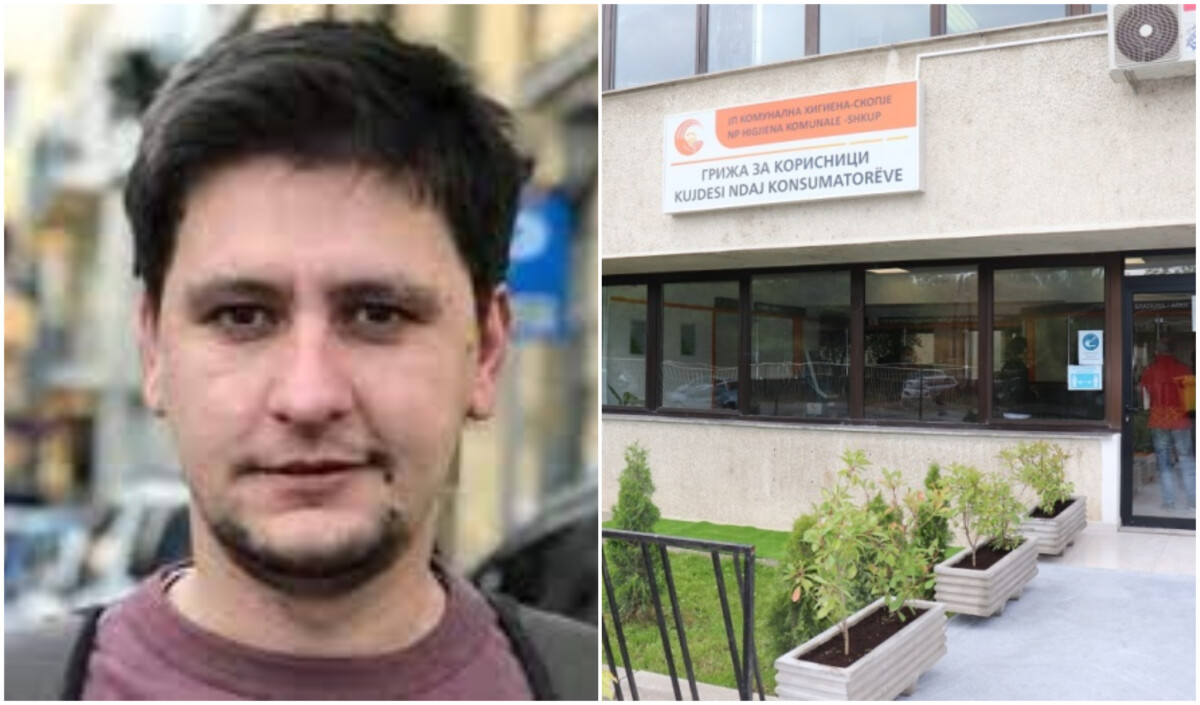 The mobile phone of the journalist Furkan Saliu was confiscated in Communal hygiene/Photo: FB and KH Skopje

In connection with the reported crime of "autonomy" according to Art. 392 paragraph 2 of the Criminal Code, reported on 08.08.2022 by F.S., a journalist from TV Clan, and committed by A.M.B., an employee of JP Communal hygiene-Skopje in the premises of the public enterprise, appropriate measures and activities have been taken and the case has been cleared up, the Ministry of the Interior announced.

- On the part of police officers from the Violent Crime Unit - Violent Crime Department, measures and activities were taken to document the criminal legal event, and on 09.08.2022, the A.M.B was called to the premises of ENK ONK at SVR Skopje ., which took away the mobile phone of the injured F.S. and an official interview was conducted with her in connection with the reported crime. Also on 09.08.2022 in the premises of ENK ONK at SVR Skopje, S.K., an employee of JP Komunalna higiena-Skopje, who was present during the event, was called, the Ministry of the Interior indicates.

After the consultation with OJO Skopje, against A.M.B. an appropriate criminal complaint will be filed, announced the Ministry.

"For me personally, it is not at all important what court epilogue this case will have. It is important for journalism to punish the person A.M.B in order to send a strong message that free speech is sacred in a democratic state", journalist Furkan Saliu wrote on his Facebook profile after the Ministry of Interior announced criminal charges against the perpetrator of this incident in Komunalna hygiene - Skopje.

On Monday, the Association of Journalists of Macedonia (ZNM) condemned the actions of officials from the public relations department and from the security of "Communal Hygiene - Skopje" who seriously violated the rights of journalists Furkan Saliu and Avni Tahiri, by forcibly confiscating their equipment. and their illegal detention against their will.

"The incident represents a serious violation of the rights of journalists and obstruction in their work, as well as the right to free movement. Colleagues Saliu and Tahiri duly scheduled a meeting with representatives of public relations for an article related to issues of labor relations in this institution and they had the obligation to answer the journalist's questions, not to confiscate their equipment and illegally hold them against their will. in the premises of the public enterprise", ZNM reacted and asked the newly appointed director of this public city enterprise, Kosana Maznova, to urgently investigate the procedure of the employees and initiate disciplinary measures within the framework of her legal competences.

Robbers broke into the home of a pensioner in Skopje and attacked her, but did not steal anything

A young driver with a Ford with stolen plates ran over two policemen on the Prijatelsto highway, one was seriously injured

Terrible accident on the Gostivar-Kicevo road: a truck fell into an abyss and caught fire, the driver was seriously injured