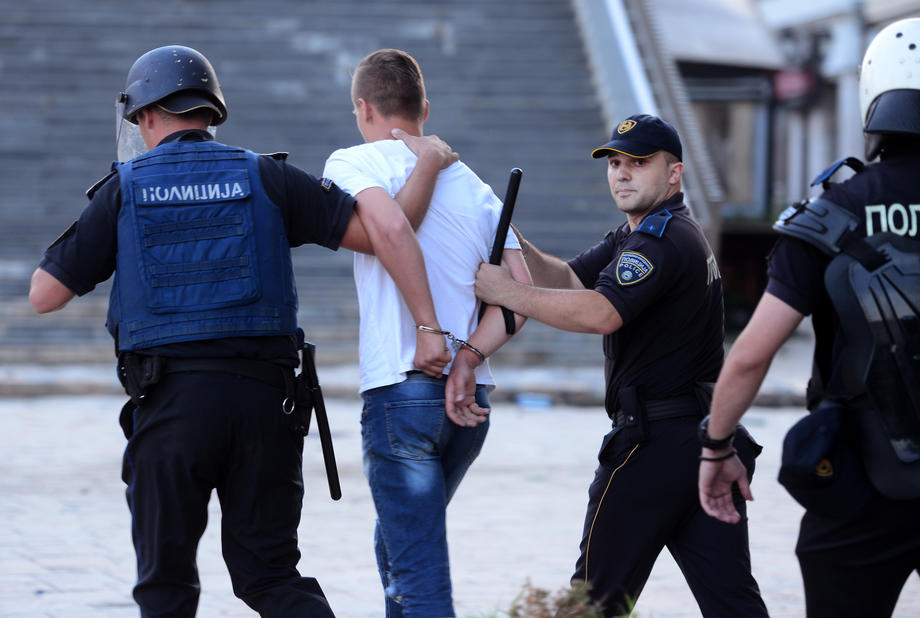 The Ministry of the Interior announced tonight that it "completely denies the claims of the president of VMRO-DPMNE, Hristijan Mickoski, that the police were not present and did not react during the incident at the Skanderbeg monument".

"On the contrary, the police were on the spot, reacted at the same moment and stopped the violence, and one person was immediately detained who is suspected of firing a firearm. "During the protests, the police are fully up to the task and we appeal to the parties to stop disinformation," the statement said.

The Ministry of the Interior also published a video, which, according to the ministry, "shows exactly how quickly more than ten members of the police react and prevent a major incident":