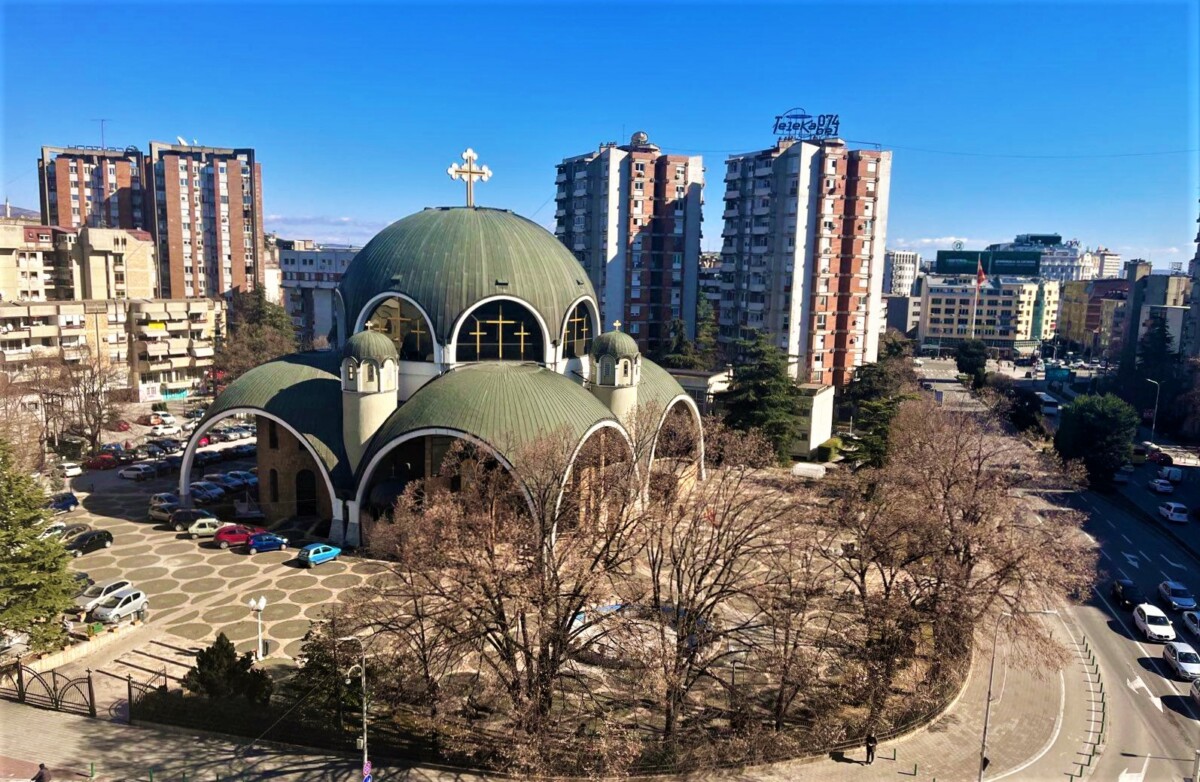 Yesterday's decision of the Assembly of the SOC states that "the acceptance of the generally recognized canonical status of the widest possible autonomy, ie full internal independence of the MOC, granted in 1959" is welcomed.

The SOC also emphasizes that in the dialogue on the future and eventually final canonical status of the MOC-OA, the Serbian Orthodox Church "will be guided solely and exclusively by ecclesiological-canonical and church-pastoral principles, criteria and norms, not caring about" realpolit " "" Geopolitical "," ecclesiastical "and other similar matters or for unilateral initiatives and not falling under the influence or pressure of anyone.

- And finally, the Council does not intend after the status settlement to condition the new sister Church with restrictive clauses regarding the scope of its jurisdiction in the home country and in the diaspora, with a recommendation that the issue of its official name be resolved in direct fraternal dialogue with the Hellenic and other local Orthodox churches, it is stated in the announcement published on the website of the SOC.

With this decision, MOC-OA is no longer a "schismatic church" and in fact only the status of "autonomous church of the SOC" is recognized, without guarantees that it will ever receive autocephaly, given that, according to the Assembly of the SOC, it will be a "general Orthodox consensus" is needed, which is impossible, experts in the Macedonian media warn.

With this, practically, as the Belgrade newspaper "Kurir" reported this weekend, the SOC replaces the so-called Jovan Vraniskovski's "Orthodox Ohrid Archbishopric" (POA) with the MOC-OA, where he "will retire due to his serious health condition, and the three POA bishops would retain the episcopal rank and receive the administration of one of the monasteries in Northern Macedonia or dioceses within the Ohrid Archbishopric would be assigned to them ”. It would also mean that the Synod of the MOC-OA would become part of the Assembly of the SOC and would participate in its work.

Serbian "Kurir" claims that the church unity of the SOC with MOC-OA "was directly and indirectly discussed several times in the previous period, and even in early May at a meeting in Nis of Serbian Patriarch Porphyry and Archbishop of Ohrid and Macedonia Stefan, who were accompanied by hierarchs of both churches ”.

There are no details who asked for and what the offer was, nor a written document that someone gave consent for that, or that the Holy Synod of the MOC-OA was informed about this, nor that it was agreed at a session of the HH of the MOC-OA.

In that context, apart from the offered autonomous status, a problem in the future opens a place for our Church, which although the Assembly of the SOC points out that should be "resolved in direct fraternal dialogue with the Elenophone and other local Orthodox churches." In addition to blockades on the use of the adjective Makedonska, blockades are also possible from the Bulgarian Orthodox Church (BOC), which considers the historic Ohrid Archbishopric to be part of the Bulgarian church tradition. Namely, the Ecumenical Patriarch Bartholomew recognized the MOC-OA as a canonical church under the name "Ohrid Archbishopric", which is unacceptable for the BOC,

Following the decision of the Assembly of the SOC, the Vice President of the Department of Foreign Affairs of the Moscow Patriarchate, Archpriest Nikolai Balasov, announced that the Russian Orthodox Church welcomes the decision of the Serbian Church to renew canonical communion with the Macedonian Orthodox Church. adding that it was "overcoming the half-century old church schism".

Following the decision of Ecumenical Patriarch Bartholomew to recognize the MOC-OA as a canonical church, the Secretary of the Department for External Church Relations of the Moscow Patriarchate, Archpriest Igor Jakimchuk said last week that the ROC "recognizes the exclusive canon rights of the Serbian Orthodox Church. ”.

The Synod of the MOC-OA is silent for the time being and there is no official reaction to the decision of the Assembly of the SOC. Prior to yesterday's decision, regarding the speculations published this weekend in the Belgrade media that dignitaries of the Serbian and Macedonian churches at the end of the SOC Assembly will serve together a holy hierarch liturgy as a sign of "reconciliation and renewal of unity", sources in MOC-OA for MIA pointed out that our Church has not received an invitation, nor does it plan to hold a joint holy hierarchical liturgy with the SOC.

The same sources pointed out that in the previous period such a possibility was discussed, but that now after the decision of the Ecumenical Patriarch Bartholomew on May 9 to recognize the MOC-OA as a canonical church, things have changed and there are no plans to hold a joint service with Serbian churches. dignitaries.

This position probably means that MOC-OA now believes that its canonical status is resolved by the decision of the Ecumenical Patriarchate and that in the period until the final recognition of its autocephaly by other local Orthodox churches, it remains in the current organizational structure as an autocephalous church, ie liturgies first the Ecumenical Patriarch will be mentioned and then all the others in the order of the diptych as before.

In that context, it was announced yesterday that on June 5, on the feast of Pentecost or Holy Trinity, the head of the MOC-OA, Archbishop of Ohrid and Macedonia Stefan will probably hold the first joint service with Ecumenical Patriarch Bartholomew in Constantinople, but MIA sources from our Church They pointed out that although such a service is planned, so far nothing has been specified. Regarding this announcement, the spokesman of the Synod of the MOC-OA, the Metropolitan of Debar and Kichevo Timotej in a statement to Pressing TV, only briefly replied that "neither confirms nor denies such information."

The portal Religija.mk assessed this weekend that by announcing the recognition of canonical unity with the MOC-OA, the SOC is trying to "create an apparent image against reality, equating the recognitions of the canonical status of the Ecumenical Patriarchate and the SOC as identical."

But, according to Religija.mk, the decision of the Ecumenical Patriarch to recognize the MOC-OA as a canonical church caused a "complete derailment".

This decision of the SOC has only one positive element, if it can be interpreted that way. That is what agrees that MOC-OA is no longer a schismatic church.

MOC-OA should respond to this decision in exactly that spirit. To thank that the SOC recognized that MOC-OA is a canonically correct church and to point out that its canonical status was resolved by the decision of the Ecumenical Patriarchate and that MOC-OA, in the period until the final resolution of the autocephalous status, remains in the organizational structure as before. as an autocephalous church. At the liturgies he will be the first to mention the Ecumenical Patriarch, and then all the others in the order of the diptych as before, concludes Religija.mk.