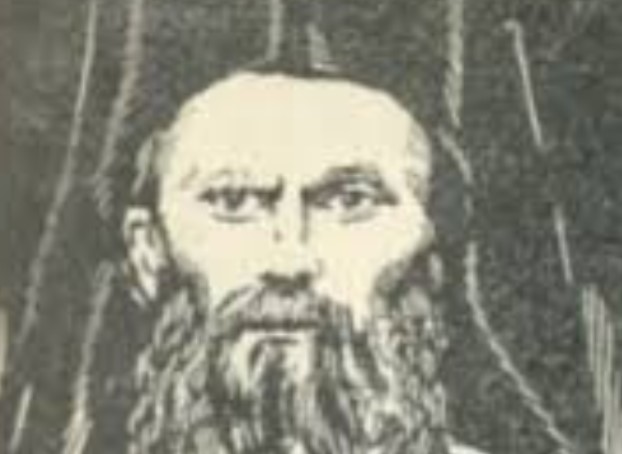 At the initiative of the Kumanovo-Osogovo Diocese today in the monastery complex "St. Joachim Osogovski" in Kriva Palanka will be performed canonization of the abbot Joakim Krchovski as a saint.

With the canonization, Saint Righteous Joakim Krчоovski, teacher and educator, will be included in the diptych of the saints.

According to the information from the Kumanovo-Osogovo Diocese, at 7:30 am a resurrection morning service will be held, and at 9 am the Holy Divine Liturgy and counting in the diptych of the saints of St. Joachim Krchovski is scheduled.

Yesterday, starting at 18 pm, a resurrection evening service was held with a memorial service for the blessed deceased abbot Joakim Krчоovski.

The Holy Synod of Hierarchs of the Macedonian Orthodox Church-Ohrid Archbishopric at its extraordinary session held on May 10, considering the proposal of the commission for canyoning of a saint in the person of the Venerable Abbot Joakim Krчоovski 1820, carefully studied how the which take place after his prayers made the decision to include the Venerable Abbot Joakim Krчоovski in the ranks of the saints.

The honorable remains of the Venerable Abbot Joakim Krчоovski to be considered as holy relics and to be given worthy respect.

- In the Orthodox Church we revere the saints as friends of Christ, as children and heirs of God. Their righteous lives enable them to be our intercessors before God, to pray for us, and to intercede before God for us. The combination achieved by the abbot himself, Joakim Krчоovski, is described through the thought that knowledge without asceticism is philosophizing, and asceticism without knowledge is idolatry. Joakim Krчоovski lived, preached, taught, preached, worshiped and was a God-pleasing ascetic at the very beginning between the 18th and 19th centuries, and the memory and glory of his holy life is generally respected today. Among other things, he is the author of the first book printed in the Macedonian language in 1814. Joakim Krчоovski's books were written in a language understandable to every Christian and therefore had a faithful role in religious and moral education, said Metropolitan Gregory of Kumanovo and Osogovo in his address on the eve of the canonization.

The Synod proposes May 23 as a date for celebrating the character and work of Krchovski.

Kovacevski hopes that Alternativa will remain a government partner