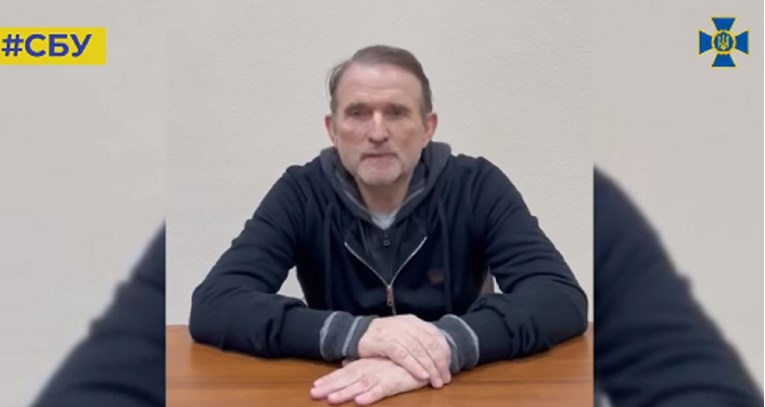 Russia will study the possibility of exchanging captured troops of the Ukrainian Azov Battalion for Viktor Medvedchuk, a friend of Vladimir Putin, said Russian MP and negotiator Leonid Slutsky. "We will study this issue," said Slutsky, a member of the Russian delegation to recent talks with Kyiv, when asked about the possibility of such an exchange, RIA Novosti reported.

In a statement issued in the separatist city of Donetsk in southeastern Ukraine, he added that "those in charge" would discuss the possibility in Moscow.

Viktor Medvedchuk (67) is a politician and wealthy Ukrainian businessman known as a person close to the Russian president. In mid-April, Medvedchuk was captured in Ukraine because he had been on the run since the start of the Kremlin offensive in late February.

Medvedchuk has been under house arrest since May 2021 on charges of "high treason" and "attempting to plunder Crimea's natural resources", a Ukrainian peninsula annexed by Russia in 2014.

The Russian military said on Friday that the last Ukrainian defenders surrendered to the strategically important Mariupol after weeks of resistance from the huge Azovstal steel plant.

Among them are members of the Azov Battalion, a unit the Kremlin considers "neo-Nazi" and Kyiv wants to reclaim in exchange for Russian prisoners.

On May 26, the Russian Supreme Court is due to consider a request to declare the battalion a "terrorist organization", which could make the exchange of prisoners more difficult. The leader of the separatists in Donetsk, Denis Pushilin, on Saturday said that the Ukrainian soldiers who defended the Azovstal factory and who surrendered should be tried.

"I think the court is inevitable: justice must prevail," Pushilin told RIA Novosti at a news conference where Leonid Slutsky also spoke.