VIDEO | … Very emotional: Alec Baldwin with the first TV interview after the shooting in "Rust" 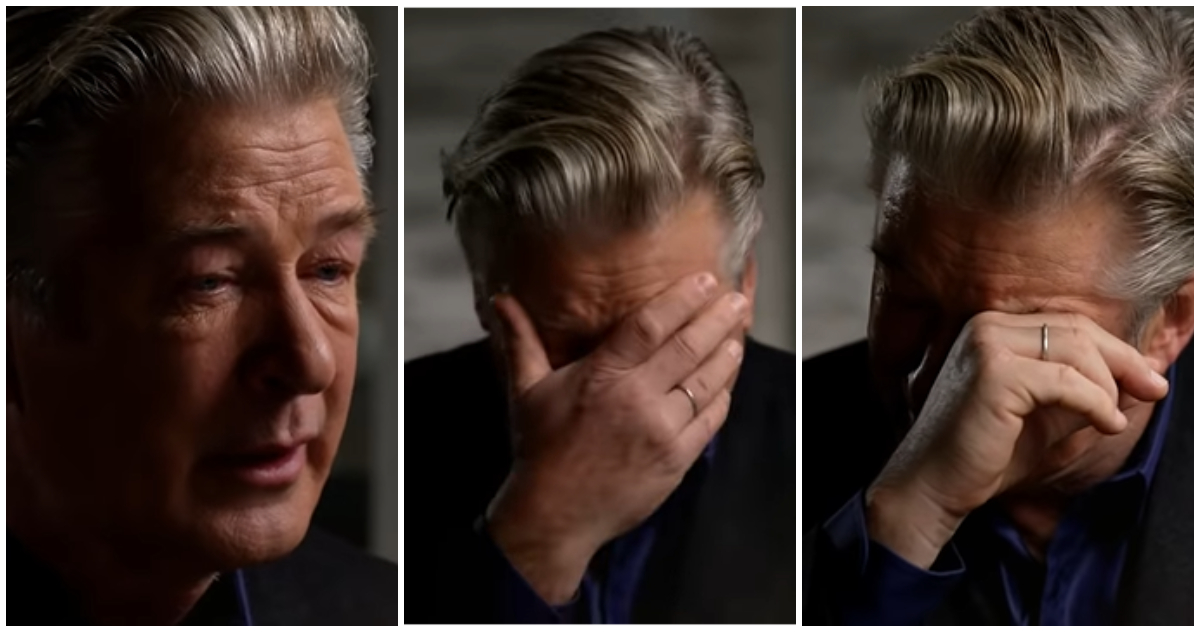 Alec Baldwin gave his first TV interview since the shooting of "Rust" - and it's so emotional that Baldwin burst into tears as he talked about cinematographer Halina Hutchins, who was fatally shot with a "fake" gun on October 21.

A real surprise, however, was George Stephanopoulos asking why he fired the gun when it was not in the script, to which Baldwin replied

"The trigger was not pulled. "I did not pull the trigger," Baldwin replied.

So he never pulled the trigger?

"No, no, no, no. "I would never point a gun at anyone and never pull the trigger on him," Baldwin replied.

But there was no explanation beyond that.

Baldwin also said he had "no idea" how a real bullet was found on the set of the film, in which he not only starred but also produced it.

"Someone put a real bullet in a gun, a bullet that should not have been on the property," the actor added.

Baldwin said he continued to ponder what was going on in his mind that day, admitting: "I'm thinking back and thinking about what I could have done."

He called Hutchins "someone loved by everyone who worked with her. and they liked her, and they admired her, "she cried.

"Even now it is hard for me to believe that it happened. "It does not seem real to me," he said.

On that fateful day, Baldwin carried a 0,45 "Long Colt" revolver on the church bench as Hutchins and others set up cameras to film the Bonanza Creek ranch western near Santa Fe. When the gun fired, the bullet hit Hutchins deadly and wounded director Joel Souza.

The Santa Fe County Sheriff's Department is investigating the tragedy. He said bodyguard Hannah Gutierrez Reed and assistant director Dave Halls, who handed over the gun to Baldwin, were "obviously in the focus of the investigation". However, no one is excluded.

A search warrant was issued Tuesday stating that the ammunition may have come from PDQ Arm & Prop LLC in Albuquerque, which is owned by Seth Kenny. Kenny had an affair with Gutierrez Reed's father, Tel Reed, a longtime Hollywood armor bearer who recently worked on a special film project with him.

Gutierrez Reed - who has been criticized for his lack of experience for being the patron of just one big movie - said he had no idea how real bullets were put in a box of fake ones. For her part, Halls said she should have checked the gun more thoroughly before handing it to Baldwin, but she did not.

The trailer video also shows Stephanopoulos asking Baldwin about George Clooney and other lead actors who have stated that they always thoroughly examine weapons themselves.

Baldwin's wife, Hilaria, shared a post in which she wrote about "putting one foot in front of the other" at the time the trailer was released.

There have been several lawsuits filed by members of the crew, including Serge Svetnoy over "general negligence" against Baldwin, Gutierrez Reed, Holls, props maker Sarah Zakri, the production and its financial backers. Screenwriter Mami Mitchell is suing Baldwin, as well as other production companies and individual producers and crew members.

Baldwin was seen with Matthew and Halina's son in New Mexico shortly after the death of the director of photography, but it is unclear what the relationship was during the investigation.

Matthew is due to make his first public appearance since Hutchins's death at the fourth annual WrapWomen Women's Power Summit next Wednesday in honor of his late wife.

The full interview, conducted by the famous host George Stefanopoulos with the actor Alec Baldwin, will be published today on the ABC television network.

The child star has finally grown: McCauley Culkin proposed to Brenda Song, a year after becoming a father

PHOTO | "Identical": Elizabeth Debicky transforms into Princess Diana for the filming of "The Crown"

INTERVIEW | Bojan Kovski, body painter: Fascination with the human body has always been the biggest part of my work

New even more shocking Playboy revelations: Hugh Hefner had a homosexual relationship with his personal doctor

PHOTO: Skopje Farewell to Aki Rahimovski: Today a book of mourning was placed on Makedonija Street