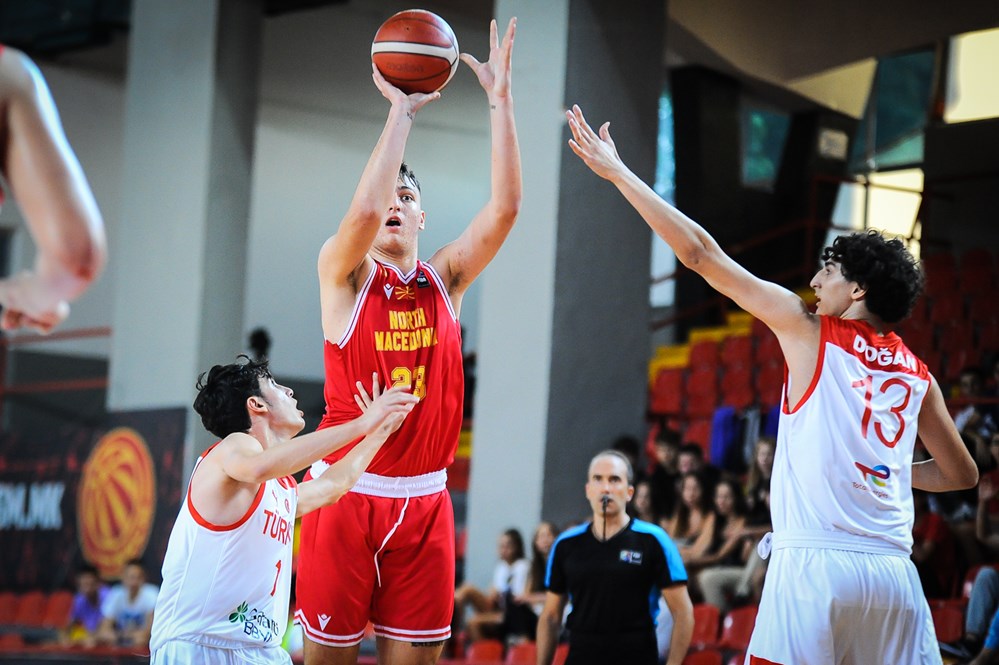 The men's cadet national team of Macedonia was defeated by Turkey in the round of 74 of the European Championship A-Division held in Skopje with 82:XNUMX and until the end they will fight for survival in the elite.

Our basketball players started the game well with 7:0 after three minutes of play, but then there was a drop in the game and by the end of the quarter they gave only five points, while Turkey gave 19 points and after the first quarter made plus seven (12:19). In the second quarter, the Turkish basketball players reached a double-digit advantage for the first time and went to rest with a reliable 29:43.

In the second half, the chosen ones of the selector Andrej Apostolski Lečić played better, they managed to reach a single-digit deficit, but they did not have the strength for a complete turnaround.

Nikola Janicic with 15 points, Marko Lukanoski with 13 and even 20 rebounds were the best in our selection, while Deniz Gokpinar stood out for Turkey with 22 points.

The next opponent of Macedonia in the battle for survival in the A-division will be Denmark, which convincingly lost to Lithuania.