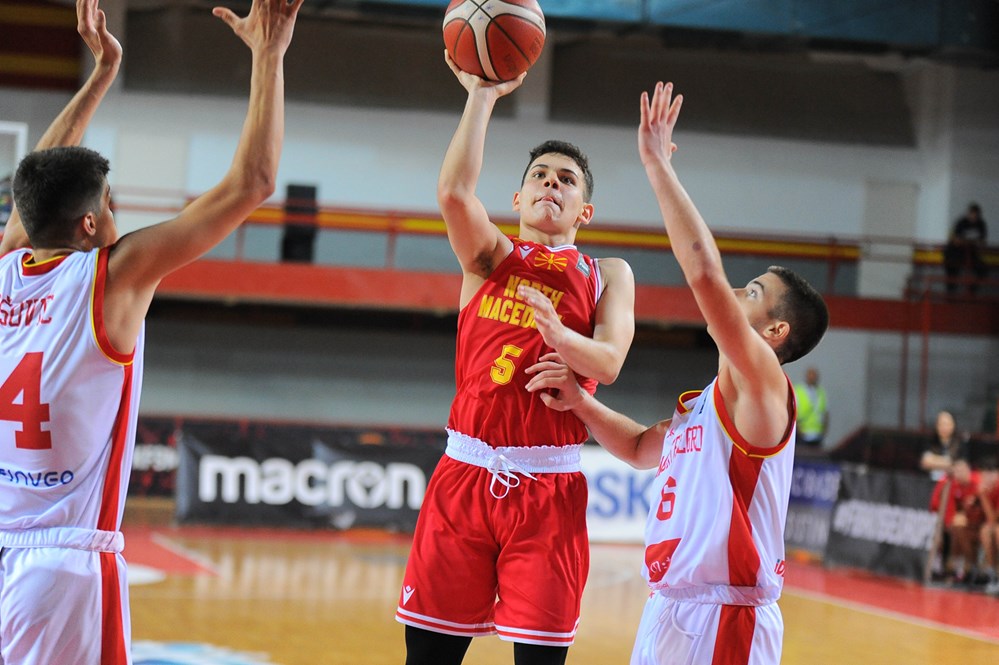 The basketball national team of Macedonia up to 16 years of age started with a victory the performances of the European Championship A-Division, which is being played from today in Skopje. The basketball players defeated Montenegro 69:62.

The first quarter belonged to the Macedonian basketball players with 15:12, and they started the second with a series of 5:0 and for the first time they reached a double-digit advantage (22:12).

Macedonia's excellent game continued and after Janicic's points, the advantage was even 17 points (31:14). After the tie-out of the head coach of Montenegro, the advantage decreased to 36:25, and Macedonia went to rest with 38:26.

Montenegro played the first half of the third quarter better. And cut our positivity in half. In the 27th minute, we were only two points ahead (46:44), after the opponent made a run of 18:8.

The empty scoring period of our selection was interrupted by Stojkovic for 48:44.
However, we ended that part of the game with a positive result (51:48). Just as an announcement that the last ten minutes will be important, and in the end they turned into dramatic ones.

In the last minute, we entered with only one point advantage (63:62) and after the time-out taken by the head coach of Montenegro, Zetov hit the key three-pointer, which brought Macedonia the first victory at the European Championship.

It was Dimitar Zetov who was most deserving of the triumph with 20 points, five rebounds and five assists, and Janicic with 14 and Stojkovic with 11 points also had a double-digit effect.

In the second round, Macedonia will play against Greece tomorrow.