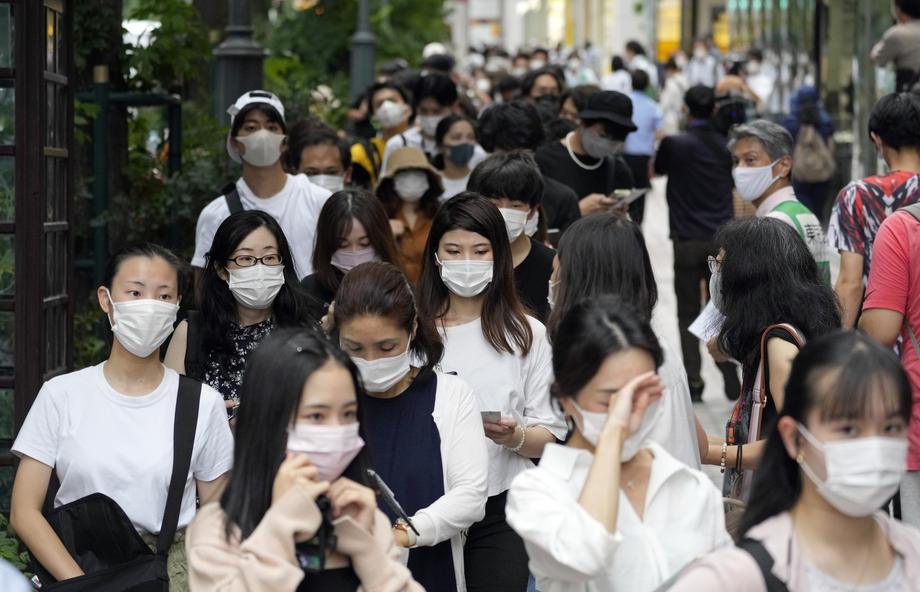 One of the largest ramen noodle chains in Japan, the Ipudo company, worried about the low interest of young people in the upcoming elections for the upper house of the parliament, decided to distribute free noodles to the young population, in an attempt to make them show more will on political issues, writes The Guardian.

Japan's youth show little interest in going out and voting in Sunday's election.

Idupo, which has over 50 restaurants across the country, offers endless amounts of free noodles and asks young people only to confirm that they will vote on Sunday.

Young Japanese often complain that the policies of Japanese politicians focus on the elderly population. They say that they feel forgotten in society by politicians. The very fact that most MPs and ministers in Japan are people in their senior years demotivates young Japanese people from voting.

"Politicians see older people, whose turnout is high, as important customers from whom they can win votes," said Hiroshi Yoshida, an economics professor at Tohoku University. "On the other hand, young people are like occasional customers, so they are less important, so policies favoring the elderly inevitably take priority."

From the Ipudo Company for the Japanese newspaper Mainichi Shimbun stated that their offer would "make it possible for people to cast their vote, even though voting is not their habit".

The turnout among young people in elections in Japan has been quite low in the past. In the previous lower house election held in October, only 36% of those in their 20s turned out to vote, making them the least interested age group to vote, data from Japanese ministries show.

The number of young people in their 20s who have turned out to vote in various elections in the last three decades is just under 50%.

With the current election campaign dominated by the cost of living crisis, disengaged young voters are harming their own financial futures, says a new study published in a Japanese newspaper.

They lose about 78 yen ($575) a year for every 1% drop in youth voter turnout, said Yoshida, an economics professor at Tohoku University.

Analyzing 40 years of election data, Yoshida concluded that the government is more likely to raise taxes and issue bonds, increasing the future debt burden of younger people, every time turnout among the latter group falls by 1%. In addition, pensions increase by more than benefits for younger people, such as childcare allowance, under the same circumstances, he said.

#elections #japan #The Japanese #noodles
Share
Video of the day