While the Alliance for Albanians is looking for a package-offer with functions, Kovacevski convinces Gashi not to leave the Government
Besimi regretted the 30 percent salary increase, the solutions put in a drawer
Citizens from Autokomanda will protest this afternoon and demand the return of the "hardware" boiler
Veaposka's gynecologist convicted of the crime of providing health services without a work permit
VIDEO | Andonovic: Russian victory in Ukraine will encourage China to attack Taiwan? 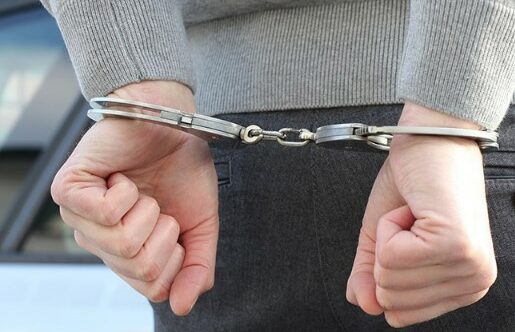 After a few months ago, the Serbian police was rocked by a big scandal after the published explicit video showing two policemen, a man and a woman, the identity of the young woman, who was arrested on suspicion of participating in an elite prostitution network, was revealed.

The 27-year-old policewoman from the explicit video that recently shocked the public was released to defend herself after being detained and questioned today on suspicion of prostitution, she announced. Kurir.rs.

The portal does not state whether it has been revealed who the policeman in the video is and whether there will be any sanctions against him.

As Kurir learns, her colleagues approached her when she came to work at the police station in Belgrade and told her to take off her uniform and change. After that, they handcuffed her and took her for questioning.

Two months ago, a video appeared showing a young female police officer orally satisfying a colleague in the toilet of a police station. After the publication of the video, the police started an investigation, which led to another girl, who was not employed by the police, but was a member of the alleged prostitution network. According to sources in the police, she allegedly admitted that she was involved in prostitution, and revealed who she worked for.

According to the same sources, the girls received payments of up to 1.000 euros from rich clients, and were often seen in the company of celebrities and participants in reality shows.

While the president of the Alliance for Albanians (AA) Arben Taravari expects on Friday an offer from Prime Minister Dimitar Kovacevski and an initial agreement on the allocation of portfolios for AA's entry into the government, Kovacevski has yet to convince government partner Afrim Gashi, the leader of Alternativa, to the department of health gave way, but also to remain in the government majority. …

While the Alliance for Albanians is looking for a package-offer with functions, Kovacevski convinces Gashi not to leave the Government Read More »

Over 21 people renounced their Bosnian citizenship in 95.000 years

Croats are again going to BiH for gas

Kurti rejected the formation of ZSO: It is not possible

"Danas": Vucic will inform the MPs tomorrow that he has accepted the proposal for Kosovo

Due to the threat of an attack, the German consulate in Istanbul was closed