Mysterious death: An Albanian actor and his wife fell from the sixth floor in New York, having previously argued 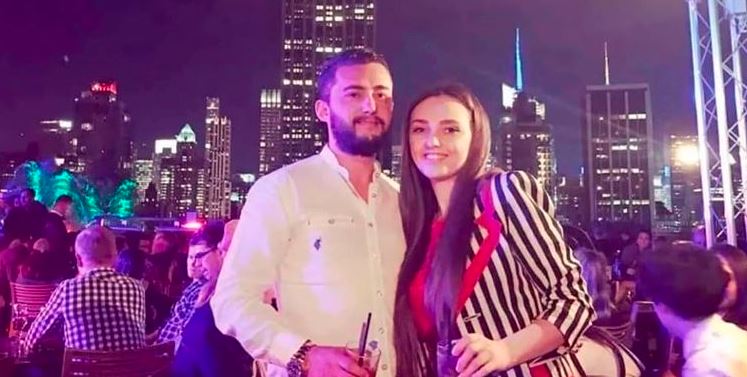 The Albanian actor Florind Bellew (35) and his wife Ornella Sheehy (28) were found dead in the yard of a building in Bronx. The actor died on his 35th birthday while his wife was 28 years old. The couple left behind two children, and they were found by friends and neighbors.

The police are still investigating all the circumstances of this tragic event, and the neighbors told the American media that Ornella fell from the sixth floor first, and then Florind. The children were allegedly crying in the apartment, and the neighbors soon ran out into the street and found a scene that would follow them for the rest of their lives.

The police did not find any farewell letters in the apartment, and the neighbors described the unhappy couple as "calm and withdrawn". Foreign media reports that the actor was suffering from certain metal diseases, but there is still no official confirmation.

The man who plunged from his Bronx building to his death, along with his wife, was aspiring actor and screenwriter Florind Belliu from Albania, neighbors and friends of the tragic couple said Sunday.https://t.co/c8eEYYEiwB

Investigators are looking into the possibility of a fight between the couple, a senior police source told New York Post on Tuesday.

- There are signs in the apartment that show that everything was not in harmony, they did not just decide to leave their children and jump - say the police.

The city's medical examiner's office has not yet determined the cause of death for either Bellew or Sheehy, pending "further investigative information."

In the meantime, additional details emerged, that on the fateful night he was celebrating his birthday, and a conflict arose between the couple and Beliu allegedly pushed his wife off the balcony. The whole scene was witnessed by the children who lived with them.

Allegedly, when he realized what he had done, the 35-year-old actor threw himself from the balcony after his wife.

While investigators continue to investigate the fatal incident as a tragic outcome of a possible altercation between the two, neighbors claim they heard shouting shortly before the pair fell.

According to neighbors, the couple and their two young sons moved into the building about four months ago. Police sources claim that there have never been reports of domestic violence to the authorities.

A neighbor remembers hearing a child scream, "Mommy! Mom!” after the tragic fall while their young sons aged six and two were in the apartment.

The couple were described as a "quiet couple" by neighbors who "kept to themselves and were very isolated" but recalled seeing Bellew upset on Friday.

According to Shadi Perkay, the building superintendent's wife: "I saw them all the time buying things for the house, with two kids together, and we didn't realize anything was wrong. "Saturday was Beliu's birthday."

According to "Euronews Albania", Beliu was an aspiring actor and screenwriter, graduated from The University of the Arts in Tirana, Albania and performed on television and in the theater before moving to GARDEN.

He also started writing two books, one of which he wanted to turn into a film for "Netflix" reported the "Euronews Albania" website, referring to an interview he gave two years ago.