Mirakovska to the Bulgarian MEP: You can't tell me that I speak the wrong language, I'm Macedonian - that's my identity 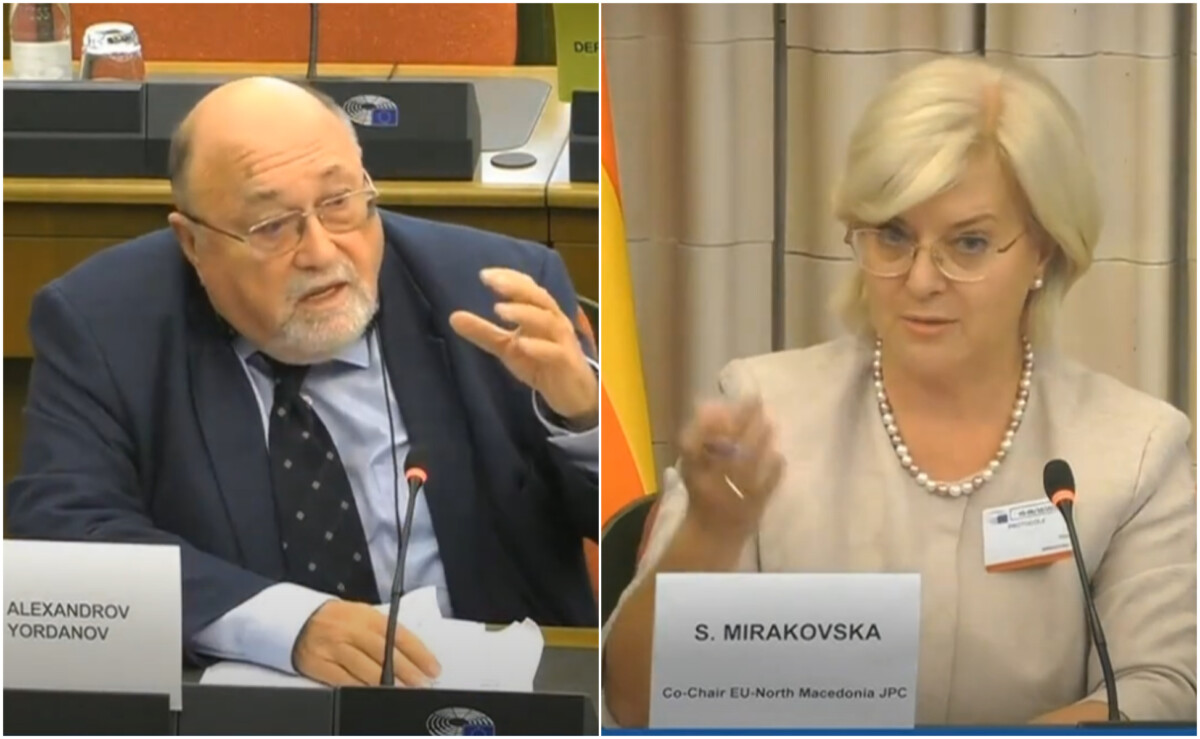 Provoked by the statement of the Bulgarian MEP Aleksandar Jordanov, in which he indicated that the Macedonian Constitution should be changed in order to start negotiations with the EU, the MP Sonja Mirakovska replied to him with the words: You can never tell me or my fellow citizens that they speak wrong language. I am Macedonian, I speak the Macedonian language and I live in Macedonia, which is now called North Macedonia, and that is my identity.

Mirakovska participated in the debate in the European Parliament in Strasbourg as co-chair of the Joint Parliamentary Committee of North Macedonia-EU.

Mirakovska emphasized the multi-ethnic character of the Macedonian society, which is an example in Europe.

- I recognize my fellow Albanians, Turks and Bulgarians if there are any. Macedonia is an example of a multi-ethnic society. Here are our colleagues who can confirm that. One big problem arose because of our long wait, which is getting Bulgarian passports: to buy a jeep at the beginning, to go to Europe, Mirakovska stressed.

The member of parliament from the ranks of the NSDP then explained how Macedonian citizens took Bulgarian passports and how this is a problem for Bulgaria that should be investigated.

She urged that the upcoming crisis is an opportunity for people to look each other in the eye and shake hands.

The 20th meeting of the Joint Parliamentary Committee - Republic of North Macedonia and the EU has been held in the European Parliament in Strasbourg since yesterday, which is co-chaired by MEP Andreas Schieder and MP Sonja Mirakovska.

The Joint Parliamentary Committee - Republic of North Macedonia and the EU has been functioning since 2004 as a forum where members of the Macedonian Assembly and the European Parliament exchange experiences, opinions and views on current issues and to strengthen mutual partnership.