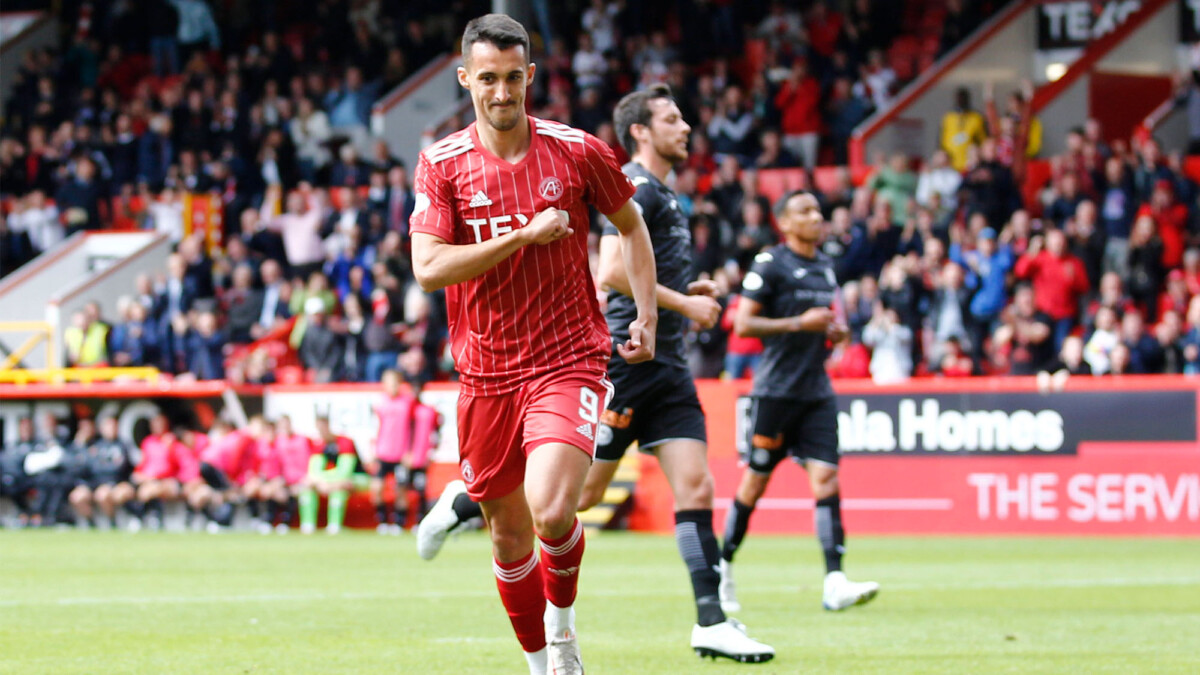 New goal for Miovski in the Scottish Premier League/photo: afc.co.uk

Macedonian representative Bojan Miovski continues his excellent performances in Aberdeen's shirt, scoring the third goal in the third round of the Scottish Premier League.

Despite Miovski's goal, Aberdeen ended up losing 2:3 to Motherwell.

Miovski in the 42nd minute, after an excellent cross from Scales, Miovski with an excellent shot from five meters, beat the Motherwell goalkeeper Kelly with his head and beat the score to 1:1. Earlier, the visitors took the lead with Spital in the 20th minute.

At the start of the second half, Aberdeen took a 47-2 lead in the 1th minute after Hayes scored, but Motherwell scored two goals in three minutes through Slattery and Van Keen to turn around and triumph.

Previously, Miovski scored twice for Aberdeen in a 4-1 win over St Mirren, and also scored in the League Cup in his team's 3-0 win over Reith Rovers.

PHOTO: This is how Pandev reacted to Milevski's statement

Milevski: The result is not realistic, we had many more chances than Bulgaria

Antov: The booing of our national anthem motivated us

VIDEO: The Hungarian "fairytale" is over, Italy will play in the F4 tournament in the League of Nations

PHOTO: Macedonia with another defeat in the League of Nations, Bulgaria celebrates in Skopje