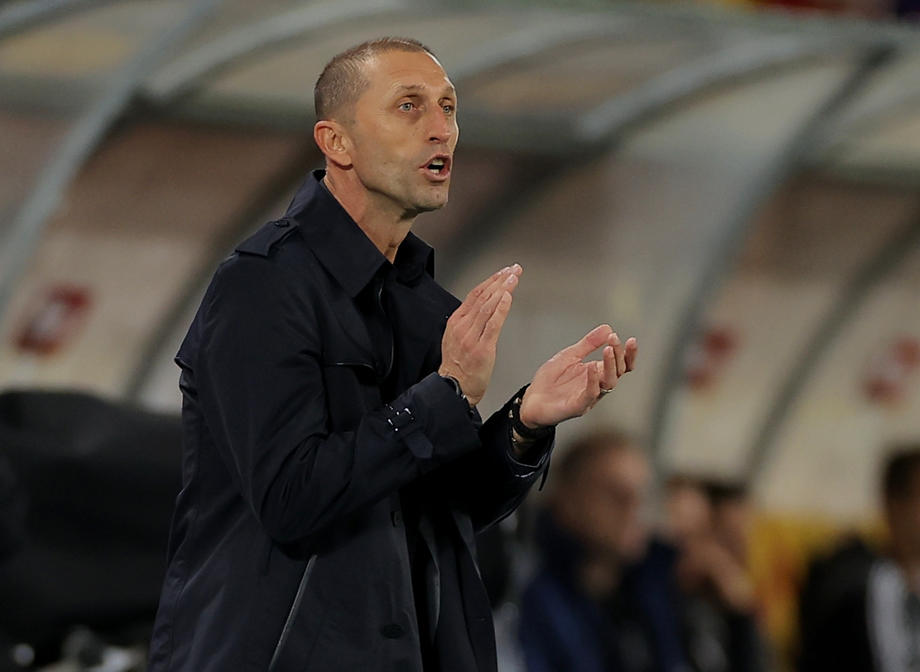 Coach Blagoja Milevski says that his players will not come out with a white flag in the barrage match against Italy / Photo: EPA-EFE / VALDRIN XHEMAJ

Macedonia's national football team in the historic qualifying round for the World Cup in Qatar, has the "hardest road" and in the eventual two matches can meet the last two European champions.

The players in the semifinals of the barrage will play against the current European champion Italy, while the second semifinal pair consists of Portugal and Turkey. The winners of the semifinal matches will give the passenger the World Cup in Qatar.

The coach Blagoja Milevski is aware of the qualities of Italy, but says that they will not come out with a white flag on March 24 next year, when the match is to be played.

- Italy is the current European champion. We have great respect for the opponent and for their selector. I have mentioned many times that I appreciate him as a coach and as a coach. I think he deserves the most for the European title of Italy. Under his leadership, we are witnessing a new, modern football Italy that overcomes stereotypes based only on defense. They play completely different football, it makes things difficult for all their opponents, now for us of course, but we have to adapt to the challenges. Macedonia has its qualities, we are in the barrage by chance and we will do our best to be competitive in this match as well - says Milevski who adds that in today's football there are no outsiders.

- Macedonia has shown that whether it plays at home or away, it can oppose any opponent, of course we will lack the support of the audience, but we can not change the circumstances. In today's football there are outsiders only on paper. Everything that happens on the field is a completely different story. According to the rating, Italy is the favorite, but on the field we will largely wonder about the outcome of the match. We showed during the qualifications that we have quality, as well as all other participants in the barrage and we will do our best to confirm that.

Infantino is right: The speech about migrants and the World Cup at the age of two has been misinterpreted