Milanovic: Any traitor from Croatia who will vote for sanctions against Dodik is a traitor 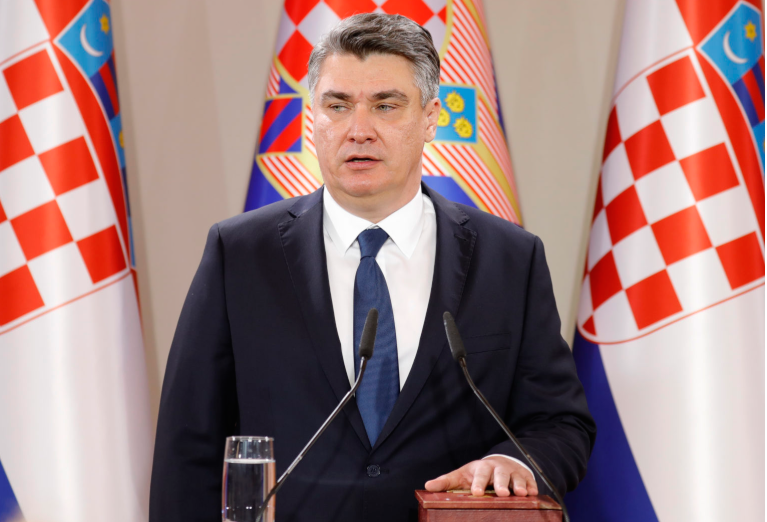 - If someone from Croatia votes for those sanctions, he is a traitor to me. "Then I will represent Croatia in the European Council," Milanovic told reporters when asked about the proposal and that the EU, following the example of the United States, would impose sanctions on Dodik.

Milanovic assessed that Dodik "is not an ethno-nationalist, he is not a chauvinist and does not spread ethnic hatred," Hina reported.

Asked about the RS Day celebration, which was celebrated on January 9th, Milanovic said it was "a very poorly chosen date".

It will haunt them like a dark shadow, like a marble stone. That is the date when Croats and Muslims were on their knees, followed by horrific crimes in the territory of today's Republika Srpska, Milanovic said.

The Croatian president added that RS was formed in Dayton and that he should have chosen a date closer to the signing of the Dayton Accords.

- The RS was to be destroyed militarily in mid-October 1995, when the Croatian Army, simply because it was proposed or said so, did not enter Banja Luka. "What would we talk about then?" The Croatian president asked.

He added that the signing of the Dayton Accords and the formation of the RS, which he then signed, followed Croatian President Franjo Tudjman. Milanovic added that he "accepts" that.

The president of Croatia, who has defended Dodik several times in recent months, criticized him today the leader of the Party for Democratic Action, Bakir Izetbegovic, stating that he was "stealing time" so as not to change the election law that discriminates against Croats.