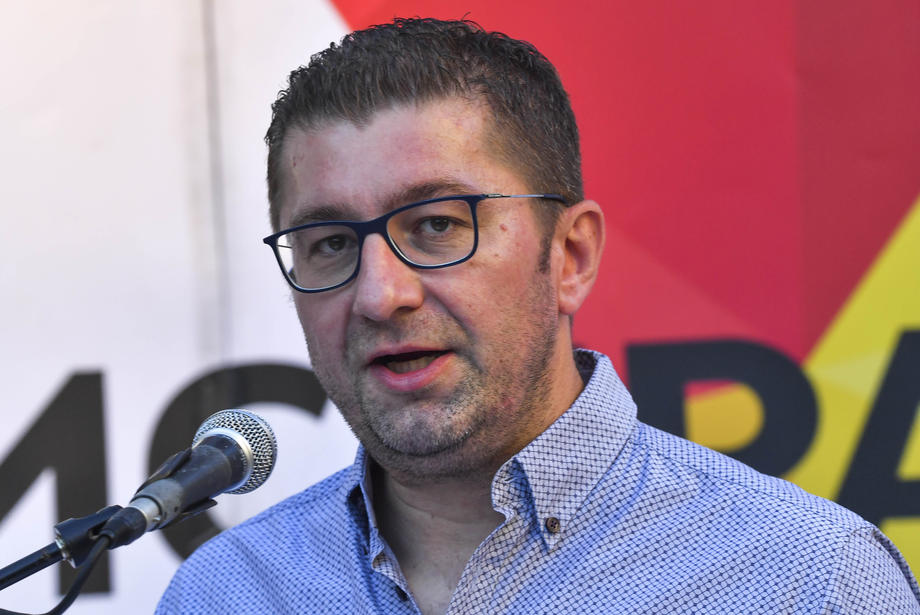 The President of VMRO-DPMNE, Hristijan Mickoski, in a comment for Deutsche Welle, repeated the remarks that VMRO-DPMNE has regarding the Proposal, which contains the negotiation framework for the start of negotiations with the European Union and the documents that are part of that package.

"We made the proposal for working groups in order to translate our remarks into concrete works regarding the documents and the negotiation framework, which is the subject of discussion. Our remarks refer primarily to the removal of all controversial parts that have caused controversy in relation to the existing proposal, which causes open damage to state and national interests. The amendments to the text refer to the removal of the section on constitutional amendments that would oblige the state, as well as the rejection of the possibility of amending textbooks, historical facts, and the risks that exist for denying the Macedonian language", says Mickoski for DV.

The first meeting of the working groups is scheduled for today at 13 pm. Hristijan Mickoski expects reason to prevail because this is a chance for all parties to stand behind one position.

"With this framework as proposed, interests are not protected, but the Bulgarianization of society becomes a condition for entry into the Union. Here is a chance to come to a common position on this crucial issue. Although, looking at the steps taken so far, I am not optimistic that reason will prevail, but it remains to be seen", said the president of VMRO-DPMNE, Hristijan Mickoski.

He emphasized that VMRO-DPMNE remains with the people to jointly express their dissatisfaction and revolt through the protests that have been held in Skopje for several days and said that the people will not fall for the provocations of the government installations.

"Also, I want to point out that the incidents that happened, and then the brutality that was demonstrated to some of the participants, are the result of the installations of Spasovski and Kovacevski, which transparently announced the scenario they used. Such a theater where infiltrators sent by the police will break in, and then people will be arrested - is to defocus attention from the treason they are committing and the best way to stifle popular resistance. Fortunately, the people are wise and recognize well who are the thugs and will not fall for provocations", emphasized Mickoski.