Mickoski says that the anti-epidemic measures are calculating, Zaev says that they protect the collective health 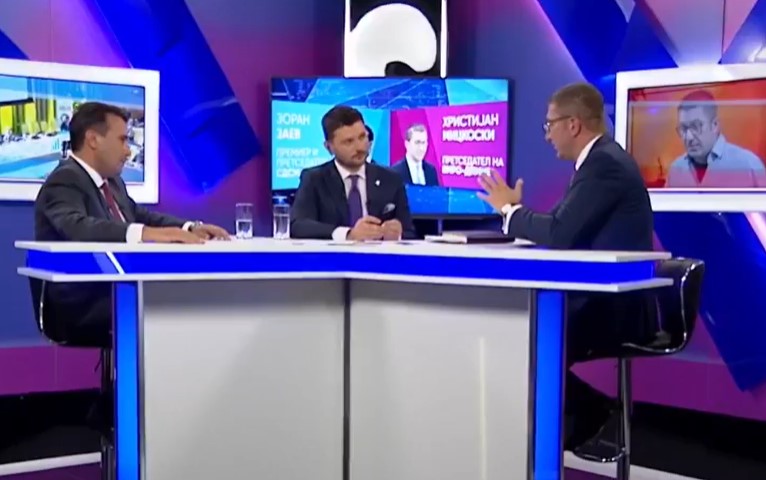 According to the leader of the opposition VMRO-DPMNE, Hristijan Mickoski, the current measures to protect against the coronavirus are political calculation and politicization of dealing with the pandemic, which according to him has led to a situation in Macedonia with so many victims of the coronavirus epidemic.

"We also remember when with much smaller numbers and zero casualties we had much stricter and more rigorous measures. The calculation in the adoption of measures and politicization, led us now to be first, according to the number of people who lost their lives due to this pandemic. Not only do I have no dilemma, but the people have no dilemma that we have a political calculation here. We warned that the delta variant would come to Macedonia and that we would have a new wave again. We had a series of press conferences where Igor Nikolov appealed on several occasions, but there was no hearing from the officials in the Ministry and the Government. "Therefore, I will repeat, today we are record holders according to the number of people who unfortunately lost their lives due to the incompetence of the Government." said Mickoski, adding that at the very beginning of the crisis when "the government did not have a sufficient number of tests, we insisted on finding as many tests as possible and testing as many citizens as possible and not at the expense of the citizens." .

Zaev, for his part, said that the measures in force, including those that affect the vaccination of citizens, were adopted at the suggestion of health experts.

"I am a supporter of collective health protection. According to such suggestions coming from health experts, we support them, I personally support them. Because we need to encourage responsibility, when we have already decided for ourselves, and that is our right under the Constitution, we must also take into account the collectivity around us: the people we associate with, family, relatives and the like. "Therefore, yes - I support measures that will encourage vaccination in the population." said Zaev.