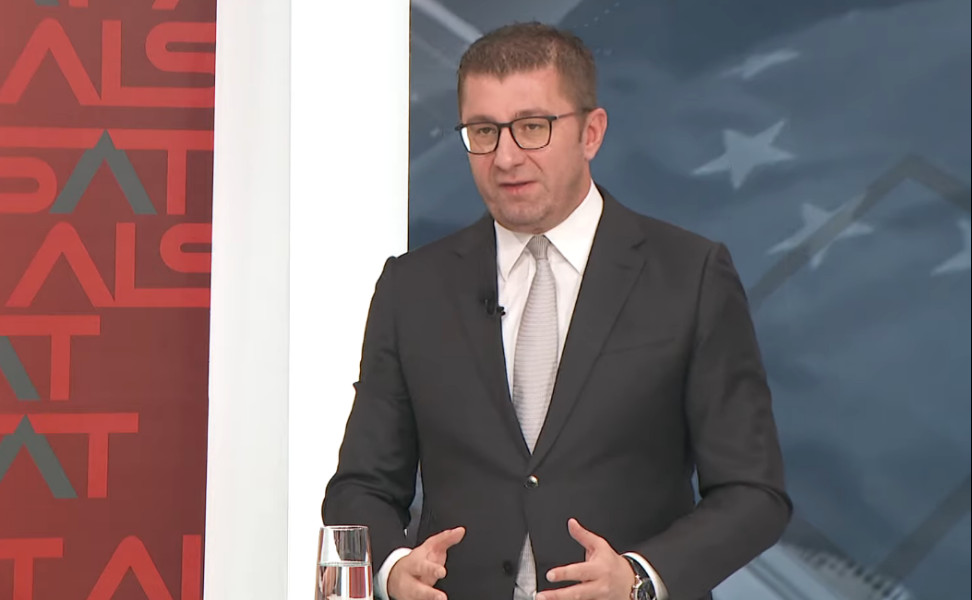 The leader of VMRO-DPMNE, Hristijan Mickoski tonight in the show "Road to" on Alsat TV stressed that it is necessary to have early parliamentary elections, emphasizing that the current government is uncredible.

He says that they, as a party and a coalition, are ready to immediately start that process for quick parliamentary elections.

- Realistically we are ready to immediately start that process of preparation for quick early elections because at the moment we have a government that is uncredible and because there is frustration among the majority of citizens because they are not properly represented in government. And here when I say the majority not to be misunderstood and quoted, I do not mean only the Macedonians because the majority of citizens in these local words voted for VMRO-DPMNE and the coalition led by VMRO-DPMNE, and there voted Macedonians and Albanians and Roma and Turks, Bosniaks and Serbs and Vlachs and others, said Mickoski.

Mickoski also emphasized that the majority of citizens are especially frustrated by the fact that at the moment we have a political refugee for whom it is not known what he will leave behind, referring to the Prime Minister and President of the outgoing SDSM Zoran Zaev.

- That majority is now frustrated, especially when you have a political refugee who is literally in the starting position with his sneakers tied and is getting ready to run away from politics. "If we have such a political refugee who we do not know what he can leave behind, the most responsible thing would be for us to run in the early parliamentary elections, so we will protect the people," said Mickoski.

The leader of VMRO-DPMNE, among other things, said that as things stand, given the constitutional deadlines, early parliamentary elections could take place in the spring.

Kovacevski - Karadaj: We are stepping up the intensity of the dialogue between the two countries

The Russian Embassy reacts to Petrovska's statements: We are surprised

Kovacevski-Minchev: Cooperation between the parliaments of the two countries is extremely important for a common future in the EU

Kovacevski-Radev: Through dialogue to solutions that respect European values ​​and the dignity of both peoples