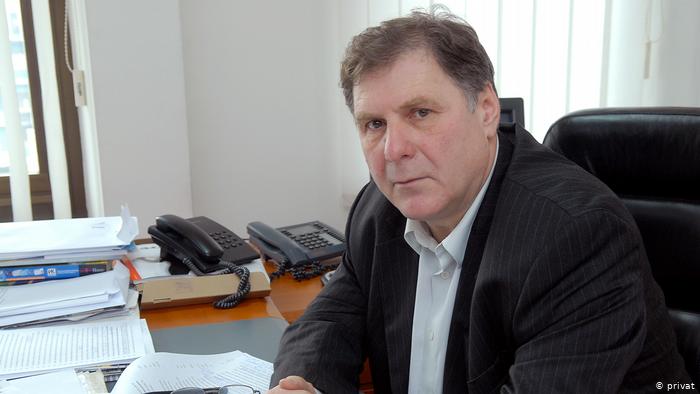 The biggest "ally" and supporter of VMRO-DPMNE and Mickoski in maintaining tensions until the elections, believe it or not, became the Bulgarian policy of provocations.

I cannot describe to you the relief that came over me when I heard the news of the year: "Mickoski is back from vacation." Wow, I jumped for joy as if I had been told that I tested negative for various viruses and germs. I was already worried that I was getting Bulgarianized. I discovered it quite by accident watching BNT (Bulgarian National Television), imagine, I didn't know I knew Bulgarian. Until ten days ago, I understood a word of every more complex sentence. As Mickoski went on vacation, I not only began to understand Bulgarian, but also to hum. I bit my tongue, what is your assimilation? He enters your room and takes out your soul with a cotton swab without you realizing it. Of course, if you don't have enough patriotic capacity. The savior is gone and that's it. You become Bulgarian.

Thank God, there was salvation for sinners, Micko came back and immediately got to work. There is no change to the Constitution while he is the president of VMRO-DPMNE. We all remain who we are forever. And how could he not when he put his head on the altar of the state. He said, if it is voted in the Parliament to include Bulgarians in the Constitution, he will leave politics forever. What courage and self-sacrifice, what patriotism. Heroism of the highest rank, equal to the holiest feats of self-sacrifice sung by the people. Better to be politically dead than to surrender alive to the enemy.

Only a month ago, he thwarted the plan for his physical liquidation, and now, in his greatest rise, when he is facing the biggest election victory in the history of VMRO-DPMNE, he is putting his career on the line of Russian roulette, but without a single bullet in the barrel of the revolver. There was no bigger dead end in the history of the Macedonian people.

It was easy for Zoran Zaev to threaten to resign and withdraw from politics for lost local elections, if he lost Skopje in the second round. This is something completely different. This is not a threat, but only a reminder to the 44 deputies of the revolutionary party from their leader, who has enormous confidence in them, not to accidentally go down the wrong path of traitors as happened after the Prespa Agreement when constitutional changes were voted. Notary resignations alone are not enough, or maybe someone did not sign, or they do not have legal validity for such cases. In this way, the announcement of the leader's resignation can cause deep national concern that the Bulgarianization and assimilation will not start smoothly.

Only the dilemma of whether the request for a referendum will be submitted to the Parliament by all 44 MPs or whether 150 thousand signatures will be collected remains unclarified. We should be calm - and it will be resolved very soon. I think that if there are no legal obstacles, the great dilemma is best solved in an elegant and most reliable way that both possibilities will be applied, because the traitors can come up with some scheme. Well, what's for sure is for sure. And 44 signatures of the deputies and 150 thousand signatures of the citizens.

And finally, why only 150 thousand when 300 and 400 thousand signatures can be collected, and even more. There is no need for restrictions if it is a matter of withdrawing from the policy of the savior of national and state interests. That would be a complete hit because this is not only the fault of the Bulgarians, even less the EU, but it is a debacle of the disastrous policy of the treacherous coalition government, a knockdown of diplomacy.

Even if the referendum fails, as was the case with the Prespa Agreement, when almost 650 people voted "for" and only 20 voted "against", which is far from the required turnout of over 800 votes for a successful referendum. In this case, such a result with 600 thousand purely Macedonian votes would be excellent capital for the parliamentary elections whenever they are held. What a referendum, it was designed only for Mickoski and VMRO-DPMNE to successfully maintain the tension about the danger of Bulgarianization and assimilation of the Macedonian people, which for the time being they are doing well with the extraordinary help of the Bulgarian provocations.

The real address of our failures

The only significant change in Mickoski's public appearance after the annual vacation and deep reflection is his attitude towards the EU. After 17 years of demonizing Europe, which has just not collapsed, and its disastrous policy towards Macedonia, I mean 11 years in the era of Gruevism and six years of the illegitimate and treacherous government, now Mickoski has a mouth full of praise for the EU when he says the West will not no blame for what is happening to us now. All the blame lies with our incompetent and corrupt government. Well said, Mickoski finally revealed the true address of all our failures. It is indisputably the incompetent and corrupt government, which has no ear for the sufferings of the people and for the efforts of the constructive opposition. Now he just needs to calculate how long VMRO-DPMNE was in power and a patriotic constructive opposition and what historical decision he made that is of strategic interest for Macedonia. I don't remember any.

Somehow, VMRO-DPMNE and SDSM have a mixed result, both after 16 years, both when they governed Macedonia and when they were in opposition. It will take Mickoski a year or two to go on vacation to come up with a strategy, not against assimilation and Bulgarianization of the Macedonian people, because that cannot happen while we have a state, but how Macedonia will reach the goal that he is starting to preach a lot louder and clearer and at the same time not to make a single concession because no one asked us for such a thing, but the government sold out the national interests.

How else to understand Mickoski's transformation, suddenly revealing, as recited by a first grader who learned a new song: "Europe has honest intentions, it opened its doors to Macedonia, I believe in those honest intentions, but I know who has dishonest intentions - the government in Sofia and this unreliable and corrupt government of ours, whose only goal is the assimilation of the Macedonian people, that is, Bulgarianization. It is not Europeanization."

Wow, what a somersault created in Kotor when the pleasant sea breeze blows alternately from different directions, hourly from the north and hourly from the south, and very probably from the east and the west. Then the muses come to whisper many ideas and to see the open doors of Europe, which were closed until yesterday. Only a month ago, the deputies of VMRO-DPMNE in the Parliament of Macedonia showed the president of the European Commission, Ursula von der Leyen, how dishonest the intentions of VMRO are. Such behavior in the Parliament towards the highest representative of the EU will go down in the annals of the most shameful events in the legislature of the state. In that rich collection of unprecedented primitivism and simplicity, this brocade occupies a high place.

The biggest "ally" and supporter of VMRO-DPMNE and Mickoski in maintaining tensions until the elections, believe it or not, became the Bulgarian policy of provocations. The more provocations, the more the rating of VMRO-DPMNE grows. The opening of the so-called cultural clubs, associations and foundations for 3.500 Macedonian Bulgarians, as many as there are in the last census, with the names of Vancho Mihajlov and Tsar Boris the Third - persons closely connected with Nazism and the genocide against the Macedonian Jews and with the announcements of new associations and similar provocations with direct paternalism and generous financial support of Bulgaria is essentially an insidious doctrine of discord in Macedonia. In order not only to prevent changes to the Constitution in which the Bulgarians will be a minority as part of the Bulgarian people in Macedonia, but also to prevent negotiations with the EU from starting at all.

The monstrous lie of state anti-Semitism

That arrogant irritation of the public translated into unprecedented party propaganda with accusations of anti-Semitism as a state policy. A monstrous lie. Something that was never present in Macedonia, in any form after the Jews settled in the area of ​​today's Macedonia and the entire Ottoman Empire after 1492. Until the Second World War when the Bulgarian occupier deported over 7.000 Macedonian Jews to the Treblinka death camp. With frightening ease today, he is accused of anti-Semitism for party purposes, which causes incalculable damage to the state and the citizens of peaceful Macedonia.

It is true that there are legal ambiguities and gaps in the registration of the names of associations of Macedonian Bulgarians, which were obviously chosen to carry out provocations. It certainly requires a quick change of the law, and at the very least it should be a reason for accusations of state anti-Semitism. The construction of the imposing museum for the exodus of the Jews in Skopje, and even more the collective memory of the good coexistence with the Jews, cannot be erased by daily political provocations. In Macedonia, those memories are cherished as a reminder to never repeat them. The world knows that well, and science has precisely documented it.
Unfortunately, all the calls and appeals for wisdom in defense of state interests and for the realization of the strategic goals of Macedonia and its citizens are trivialized by the terrible provocations that in both neighboring countries are entering the dangerous zone of pre-election campaigns with an ever-increasing prospect of pull out the thicker end. I don't know what the victors will do based on this doctrine. That "victory" can easily turn into Macedonia's biggest defeat.

The author is a journalist and political analyst.