The leader of VMRO-DPMNE, Hristijan Mickoski, posted on his Facebook profile a photo of a man who today during the incident in front of "Mavrovka" brandishing a gun.

- This is the man who was supposed to kill me tonight. I demand that he be immediately detained by Spasovski and the Ministry of the Interior! wrote Mickoski on Facebook. 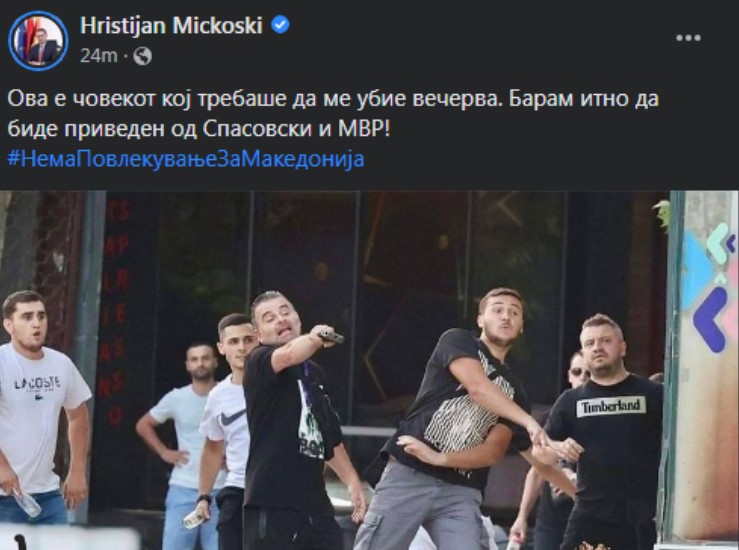 Demonstrators protesting the French proposal tonight were attacked with stones and glass bottles by a group of people at Skanderbeg Square.

In some of the photos of the incident that appeared on the Internet, an armed person was seen holding a gun in his hand.