Micevski to Xhaferi: You did not understand the message of the interpellation, you are running away from direct answers 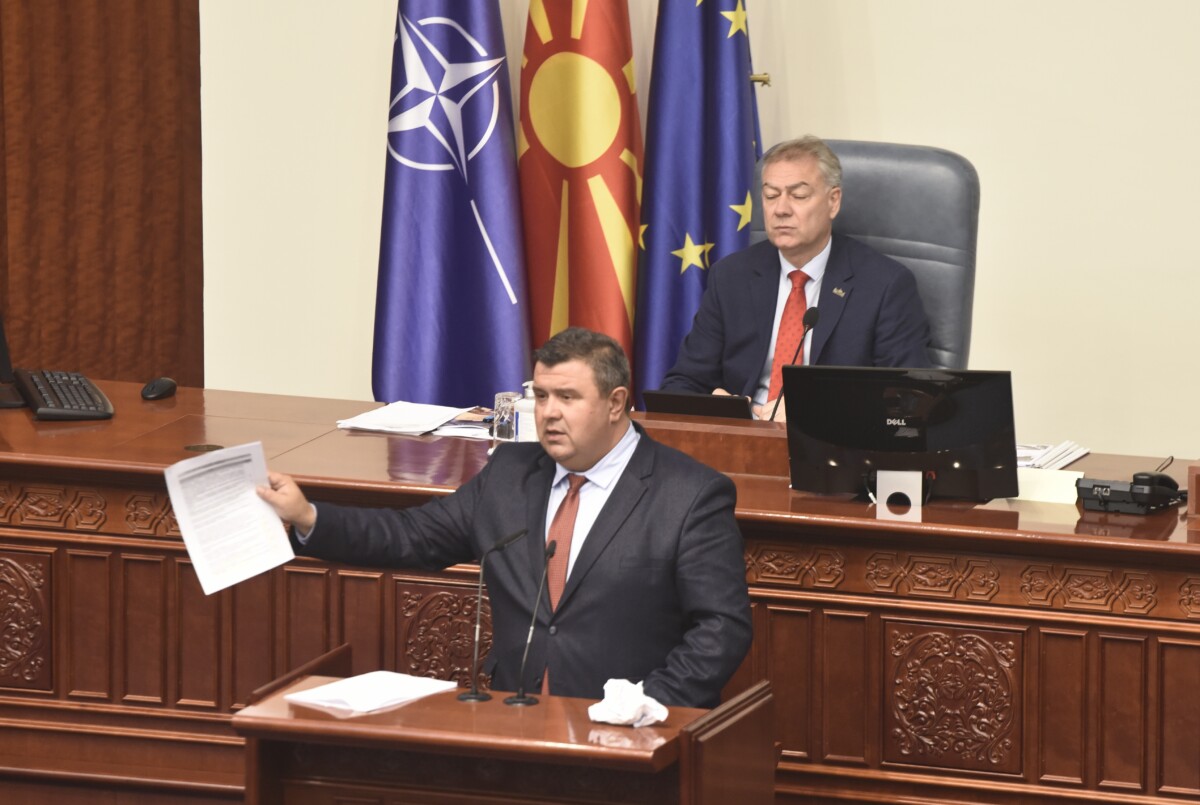 I must note that the procedure is flawlessly applied and if it was applied in this way the interpellation could have been avoided, said the coordinator of the Parliamentary group of VMRO-DPMNe Nikola Micevski at the session for the interpellation of the President of the Parliament Talat Xhaferi. At the beginning of the session, Xhaferi noted to the oppositionists that at the last moment they changed the speaker who will explain the interpellation, that is, instead of the first signatory of the request, MP Antonijo Miloshoski, the coordinator Micevski called to speak.

Xhaferi emphasizes that the accusations that he hid the interpellations for the ministers in a drawer are unfounded and said that he does not run away from confrontation, as evidenced by today's interpellation session about his work.

Micevski noted to Xhaferi that in the answer to the interpellation it can be noted that his commitment to the work of the Parliament is mostly mentioned.

- The president did not understand the message of the interpellation and avoids direct answers to the remarks about his work, which gives us the right that the government is really detached from the real world. He says that we baselessly devalue his achievements, but the truth is that in the past five years, the Parliament has been turned into a machine for voting on proposals from the Government. The interpellation was submitted by us, the MPs, not by the party headquarters. It is irrelevant who was signed first, everyone believes that you are breaking the Rules of Procedure - Micevski said.

He pointed out that it is not true that he locked the doors of the plenary hall to count the deputies, but that Xhaferi wants to control everything.

-You have violated the Code of Conduct of the MPs - said Micevski and crumpled the Code on the podium.

- Here you closed the story about the code, about the mutual behavior and cooperation between the deputies. You threw it all in the water, that's where this story ends.

Whenever you are caught offside you go back to dates. You shy away from direct answers. When you call for good cooperation with the coordinators, you don't realize that dialogue is a two-way street, and you made it a dead end, and this is where we parted ways. Many times, you did not respect what was agreed upon during coordination even a few hours after the agreement - said Micevski.

He noted to Xhaferi that he did not put the interpellations for the ministers on the agenda except for Nikola Dimitrov and that now, according to the events that followed, it was clear why Dimitrov was let go. According to Micevski, Zaconfrom for officials no mu it gives the right to behave as it behavesbut when he insulted them with vulgarities.

-You didn't apologize of officials, but you accused them again - said Micevski.

About the report of the State Audit Office Micevski said khowever many there are done good things, a they are not disputed, with preventвtakingfor the opposition to discuss, with the abuse of the European flag, with the shortened procedures that Xhaferi did gross abuse of the Regulations. Micevski finished the explanation of the interpellation with a call for the MPs to vote no confidence in him, that is, to replace Xhaferi.