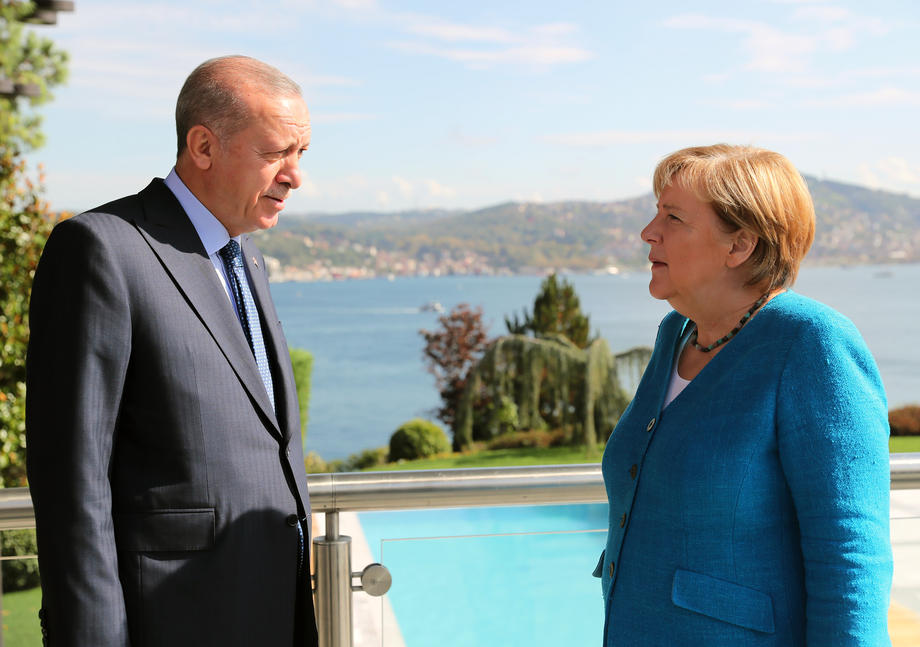 Outgoing German Chancellor Angela Merkel promised in Istanbul today that the European Union would continue to support Turkey, which has taken in four million refugees.

After meeting with Turkish President Recep Tayyip Erdogan, Merkel stressed that relations with Ankara would be of special importance for the future German government.

"We always have common interests and that is how the next German government will see them," Merkel said.

Erdogan said he hoped successful co-operation with Merkel would continue in the same way with the new German government.

He thanked for the "positive contribution" to Turkey's European integration process and for the support of the three million Turkish community in Germany.

The two leaders discussed Turkey's relations with Germany and the EU, as well as Syria, Libya and the eastern Mediterranean, where Ankara and the EU have different interests.

Relations with Turkey have been one of the most difficult areas for Merkel during her 16-year term as chancellor, especially as Erdogan intensified his attacks on European leaders as his country established an increasingly authoritarian regime.

Erdogan was in power for more than two years when Merkel became chancellor in 2005. Over the years, they have established a relationship based on pragmatism, which has been marked by several crises.

In Ireland, clean air has been proposed as a guaranteed labor right

A large explosion near an Iranian nuclear power plant

Boxer, mother, woman with a political career - a candidate of the French right for president

Protests in Vienna over restrictive measures

The origin of the mutation is unknown: A completely new Omicron vaccine may be needed

In Panama, seven people were sentenced to 50 years in prison for exorcism