Meloni loosened the tight grip of the Brothers of Italy 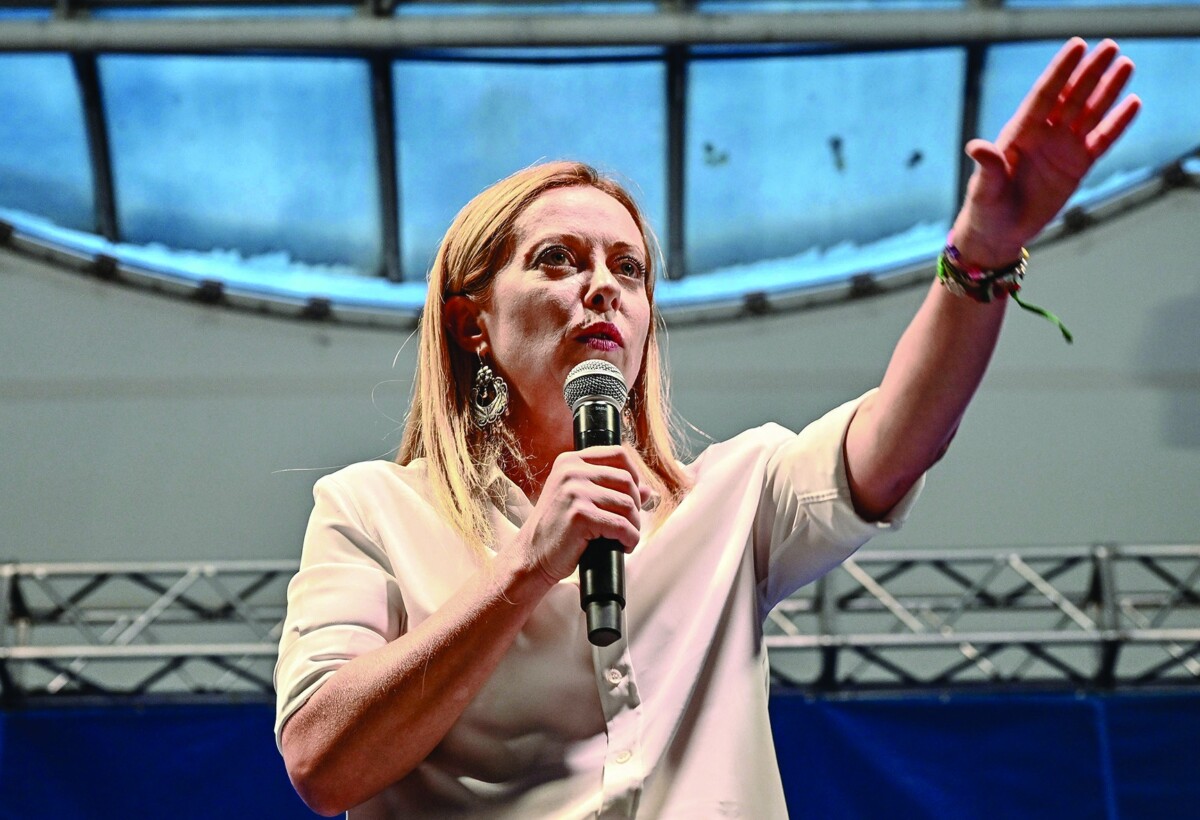 George Maloney, already seen as "Italy's first far-right prime minister since Benito Mussolini", has remarkably softened the radical policies of her far-right Brothers of Italy party ahead of Sunday's election.

All pre-election polls indicate that the right-wing bloc led by the Brothers of Italy will win the elections - a party that tries to hide as much as possible its fascist roots in the Italian social movement.

But the 45-year-old former journalist from Rome is seeking to prove that she has "buried the hatchet" with Brussels and is open to cooperation after taking on the difficult task of leading the country through a critical period of deep crisis that goes beyond Italy's borders.

Just two years ago, she accused "Brussels techno-bureaucrats" of trying to impose a "Soviet plan to destroy national and religious identities." During that period, the Brothers had won 4 percent of the votes in the elections. Now they are expected to win 25 percent.

Meloni today speaks in a remarkably softer tone, almost like a "Brussels techno-bureaucrat". She dismissed as an "absurd story" estimates that her party would jeopardize access to the nearly 200 billion euros that Italy received from a huge European fund for economic recovery.

The rapid deterioration of the situation on the continent also contributed to Meloni's change of attitude. Since Meloni's euro-sceptic speeches in 2020, Italy and all of Europe have been hit by the waves of the pandemic and severe preventive measures, the Russian military invasion of Ukraine, European sanctions on Russia and the retaliatory closing of gas pipelines, commitments to switch to renewable energy sources that together they resulted in massive increases in the price of electricity, consequently of food and all basic products.

During that period of continental unhappiness, Italy was very fortunate to have as prime minister Mario Draghi, the former governor of the European Central Bank, an experienced politician with excellent connections and enormous influence in the Union institutions in Brussels. "Supermario" is pushing for Italy to provide the largest part, as much as 191,5 billion euros from the EU fund, out of a total of 750 billion euros for the recovery of the members from the consequences of the covid-19 pandemic. Without access to these funds, the projected slight growth of the third largest economy in Europe would be threatened.

Analysts point out that "Maloni is now the biggest supporter of Draghi's policies", and that he consults with him when creating the programs. Meloni announced in the campaign that he would adjust the recovery program, but the professor Lorenzo Codogno, a former director at the Ministry of Finance, does not expect radical changes, especially not ones that would be rejected by the European Commission and block Italy's access to the billions. The adjustments would be a reflection of the new situation in Europe, due to the expected complete stoppage of gas flow from Russia.

– She must leave her mark on the program. But I doubt it will change the bottom line. No one has an interest in jeopardizing access to European money - Codogno told The Guardian.

Meloni is expected to appoint a technocrat as finance minister who would be a guarantee that there will be no significant departure from the steady course now being led by current Prime Minister Daniele Franco, a former governor of Italy's Central Bank. "Supermario" Draghi could contribute as a consultant and would be the guarantee that "the Italian ship will sail on the planned course, against the turbulent waters".

- At the height of the crisis, Meloni understands that Italy has no solution. Although she is a nationalist and Eurosceptic, she understands that such a crisis can only be overcome with European solutions - says Nathalie Tochi, director of the Institute of International Affairs.

In terms of foreign policy, Meloni's positions already coincide with those of Europe. She already has the diplomatic veteran and former foreign minister Giulio Terzi di Santagata as her advisor. Maloney condemns the Russian military invasion and supports sending weapons and equipment to Ukraine. The greatest resistance in support of European sanctions on Russia can be expected from its coalition partner Matteo Salvini, who has already appeared in public with a T-shirt with the image of Vladimir Putin and recently declared that "restrictive measures against Russia will bring Europe and Italy to their knees." ". The other Cinque Stele coalition partner has so far not blocked any package of sanctions for Europe and it is not expected that Salvini could "sabotage European unity".

Against the striking turn in politics, some European diplomats and officials fear the fact that an extreme right-wing party will be at the head of the third most economically powerful country in the EU. Meloni presents the reformed Brothers of Italy as a right-wing party no different from the Conservatives in the United Kingdom or the Republicans in the United States. But she maintains ties with Poland's ruling conservatives and the Sweden Democrats, who are in a position to choose a coalition government partner after their election success.

– Maloney says she has learned lessons from the UK's chaotic break-up. But she is worried about the rise of the nationalist Eurosceptic right. It is easy to get rid of one, but if you have two or three illiberal or extremist leaders in the European Council, the process can become problematic - says Petros Fasoulas, Secretary General of the European International Movement.