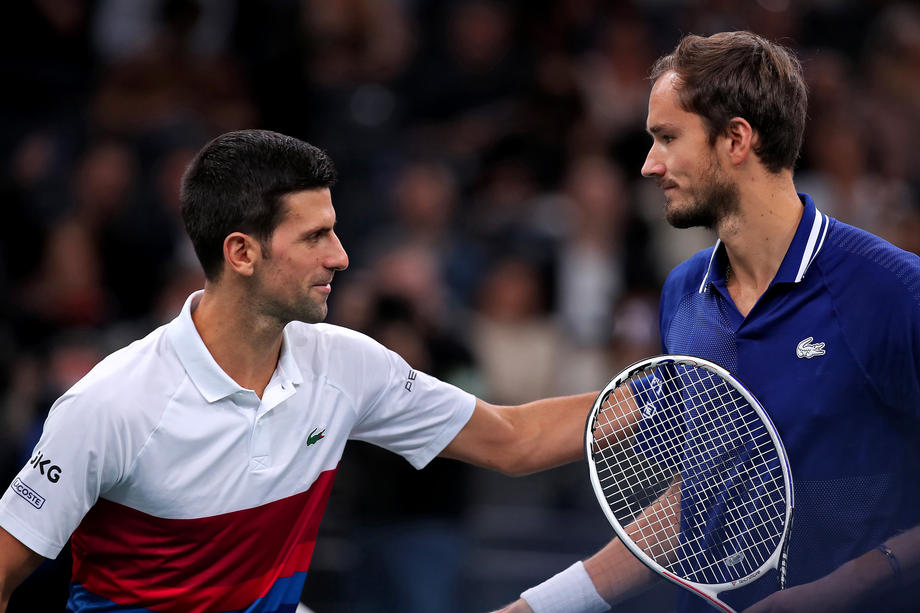 Novak Djokovic is waiting for good news from the USA for his appearance at the US Open/Photo: EPA-EFE/CHRISTOPHE PETIT TESSON

After the Masters in Montreal, Danil Medvedev retained the first place on the ATP list, followed by the Cincinnati tournament and the US Open, where he defends 2.000 points. It can easily happen that the first place falls out of his hands, especially if Rafael Nadal won the trophy in one of those tournaments.

But there is another player who could "confuse the accounts" of the Russian when it comes to lifting trophies. The question is whether Novak Djokovic he will be allowed into the US because he has not been vaccinated, but Medvedev says he would like to see the Serb in New York.

- I can't do anything. The rules are set by the US government and I don't know if that can be changed. If you ask me, I would certainly like Djokovic to play. I love when the best players in the world are in the tournament. He won a Grand Slam this summer. That fight for the most slams with Rafa is super tense and very interesting. I would like to see him in New York - said Medvedev in Cincinnati.

The last Masters is played there before "US Open", to which Nole cannot come as an unvaccinated foreigner.

The Serbian ace won't be able to unseat Medvedev from the top spot until the end of the season, but he might have a good chance if he plays in Montreal and Cincinnati. In Canada, Medvedev was eliminated by Nick Kyrgios in the early stages of the tournament.