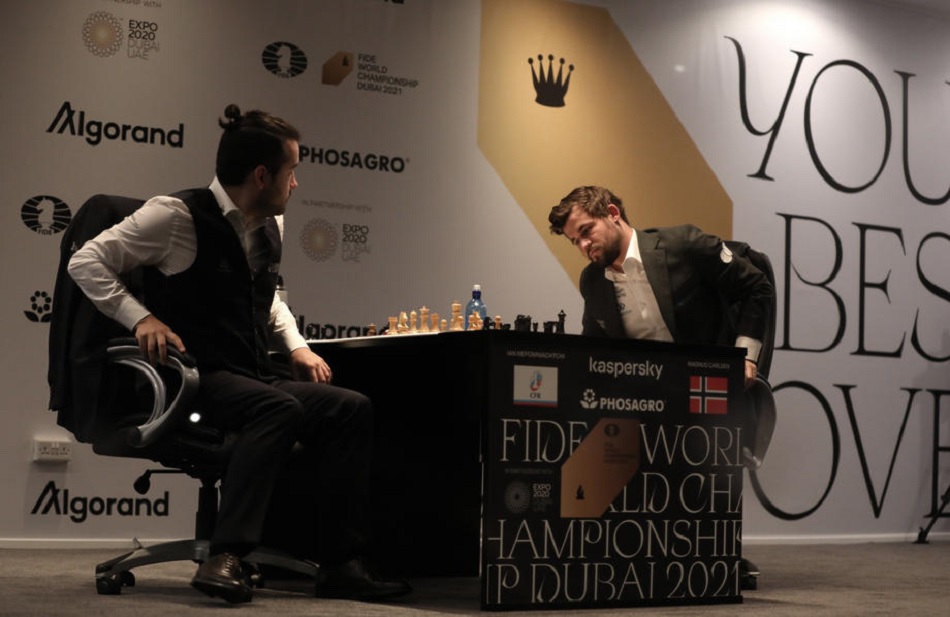 Nempnjashchi and Carlsen at the match in Dubai / Photo: EPA-EFE / ALI HAIDER

World champion Magnus Carlsen (rating 2855) gave a lesson in patience and precision to Russian challenger Jan Nepomnyashchy (2782) and forced him to surrender after a marathon of seven hours and 136 strokes.

After five draws in Dubai, Carlsen won the first full point in the World Cup match and now has a 3,5-2,5 advantage.

The sixth game became historic, as Carlsen and Nepomnyashchy broke the record of Anatoly Karpov and Viktor Korchnoi from 1978, who played 124 moves.

The party was leveled to the middle, but Carlsen boldly exchanged a lady for two cannons and two infantry, and then with a patient and precise play first protected the king and moved unstoppably forward with the two free infantry.

Incompetent tomorrow may retaliate, leading the white figures. To take the title away from Carlsen, he must make a two-point advantage in the remaining eight games.