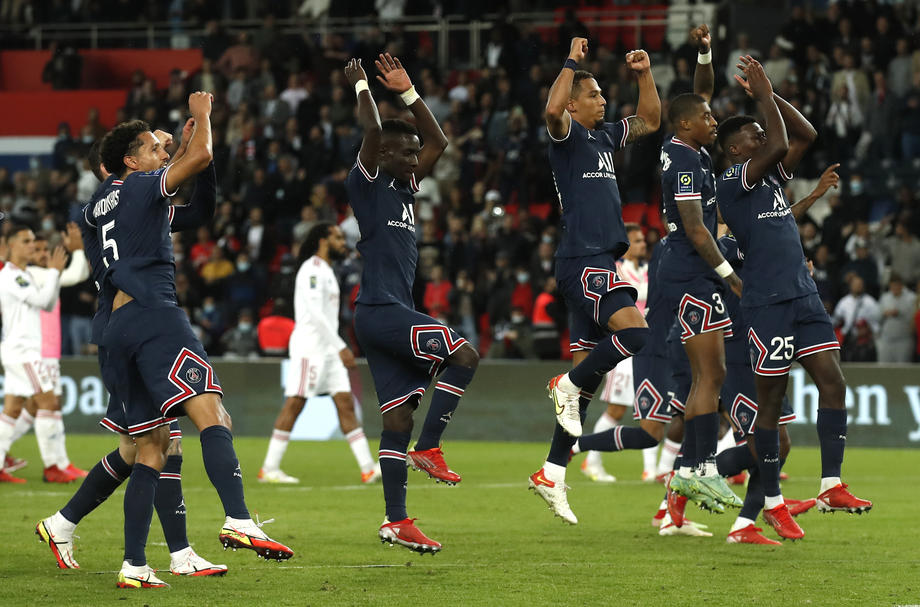 The team of PSG celebrated with 1: 2 on the visit to Metz in the seventh round of Ligue 1 and kept the maximum performance. But, the "saints" worked hard to win the three points because they scored the winning goal in the extra time.

Ashraf Hakimi opened the score in the fifth minute and that indicated a disaster for the host, but the Metz players did not think so. Gaye's corner in the 37th minute and Chichi Kuyate's timely jump between Marquinhos and Danilo equalized the score.

By the end of the first team, Metz could have taken the lead if Kaylor Navas had not intervened after Saar's shot. However, PSG eventually won the three points thanks to the second goal of Ashraf Hakimi in the 94th minute.

Olympique Lyon, although they lost 0: 1 after the first half, in the end celebrated with 3: 1 in the match against Troyes. The guests took the lead with the goal of Chavalerin in the 45th minute, but Lyon came to the victory with the goals of Shaqiri, Emerson and Paketa.