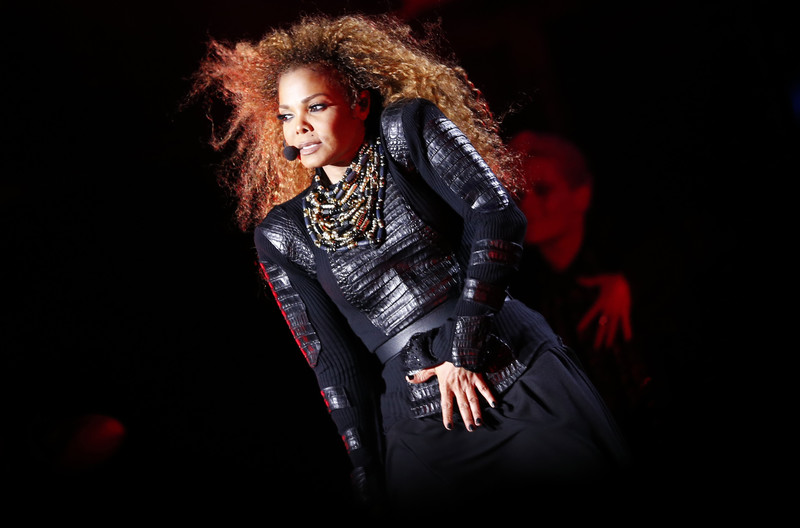 In her upcoming documentary, Janet Jackson talks about the "court" that comes with her famous last name and years of living in the shadow of her brother Michael.

"Janet" shows the life of the 55-year-old pop star in the documentary that will be broadcast this Friday, January 28 on "A&E" and "Lifetime" - and revealed the darker side of her relationship with her iconic brother.

"There were times when Mike teased me and called me out. "Pig, horse, whore or pig, cow," Jackson said.

After her brothers reunited as "Jackson 5", 11-year-old Janet finally made her big breakthrough with her role in the 1970s Good Times sitcom, playing Penny, a young girl from an abusive home who was adopted by the Woods family. during the fifth season.

"I'm an emotional eater, so when I'm stressed or something really bothers me, it comforts me," said Jackson, whose weight varies over the years.

In 2006, she grew to about 90 pounds for the role, but it was difficult to maintain her weight. She later became a spokeswoman for Nutrisystem in 2011.

Adding to the inconvenience of Hollywood adolescence, she recalled: "I developed at a very young age and started getting a chest and they tied it to make me look flatter."

Jackson also said she believes fame is responsible for many of her troubles. Without it, she says, "I would probably end up without any problems."

Having Jackson's name comes with "great control," she said - especially during Michael's widespread controversy and litigation.

"It was frustrating for me. We have our separate lives and even though he is my brother, it has nothing to do with me. "But I wanted to be here for him, to support him as much as I could," she said.

Michael's legal problems began with an indictment by 13-year-old Jordan Chandler in 1993, who said the entertainer had improperly touched him at his Neverland Ranch home. They settled in court in January 1994 for $ 23 million.

She added: "Michael ended up giving money to the family. "He just wanted it to disappear, but he seemed to be guilty."

As a result, Janet's career suffered: "When that happened, Coca-Cola said, 'No, thank you.' Guilty by association. That's what they call it, right? "

She and Michael later collaborated on Scream, a song written for his public trials.

"It was his song and I was there to support him," she said - though she barely got a chance, as she described the split production.

"Michael was filming nights, I was filming days. His record label blocked his set so I could not see what was happening. They did not like me on set. I felt like they were trying to make it very competitive between the two of us. It really hurt me because I felt like I was there to fight him, not to fight him. I wanted to feel like in the old days between me and him, but it was not. "The old days are long gone," she said

Jackson goes back to the 1982 premiere of "Thriller" as the moment when their relationship took a turn for the worse.

"Then everything started to change. I remember that I really loved the album "Thriller", but for the first time in my life I felt that it was different between us, there was a change. That's the time when Mike and I started going our separate ways. "He just wasn't as fun as he used to be," she said.

His rock star style would later fall into the hands of addiction experts, who along with the Jackson family tried to intervene.

"My family rented a private plane and came to intervene. "It was a way to get closer again, but he did not have it," she said.

Janet tried to encourage Michael with the prospect of a Jackson family tour.

I said, 'We wanted to talk about what you're going to tour again and whether you're going to do it as brothers. "I will be honored to open for you." He did not have much to say, he was incompetent. "I was really upset," Jackson said.

"I did not give up on love. "I feel it is harder to be in the public eye and seek love."

After marrying Al Mana in 2012, the couple gave birth to Jackson's only son, Eisa Al Mana, in 2017, before divorcing later that year.

"A healthy relationship would be good for me in the future," Jackson hopes.

After more than four decades in the entertainment business, Janet now boasts an estimated global record sales of 100 million, ten no. 1 on the American charts and numerous acting merits.

"I am grateful for the name Jackson because it opened many doors for me, having that name. "I wanted my own identity, I did not want people to listen to this body because of my last name," she said.