"He beat me because of his mother": The sister of the Croatian influencer spoke up 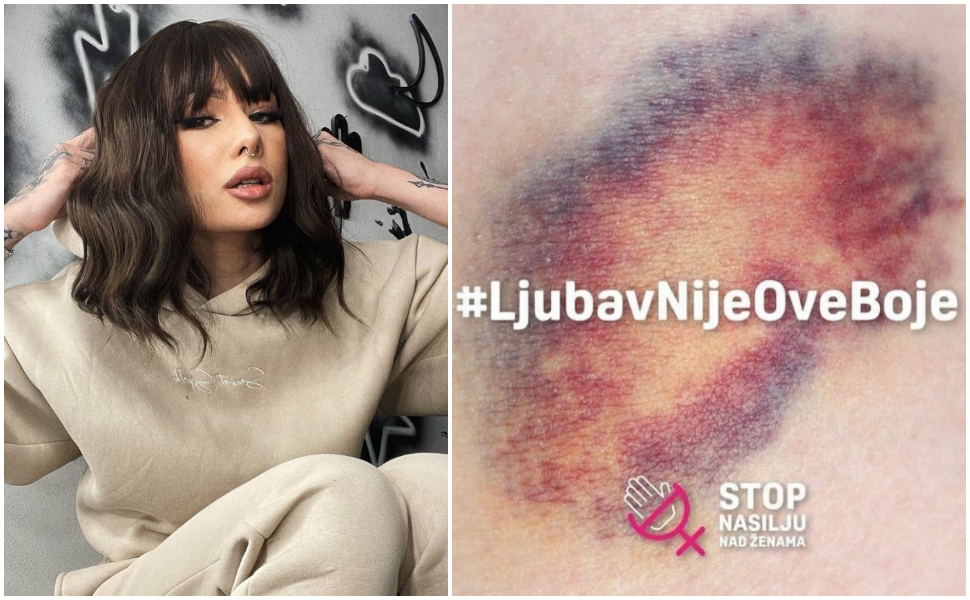 On heartbreaking announcement of the Croatian influencer Una Kablar, in which she shared that her sister Sarah Hadzic is a victim of domestic violence, her sister also announced today.

In interview for the Serbian media "Kurir", the young woman told that the main reason why her husband Damjan Hadzic He brutally beat her in a quarrel about his mother.

"My husband beat me because of a quarrel, which, as always, broke out over his mother. She interfered in our relationship, constantly incited him against me and my mother and behaved really strangely towards him.

We fought for days, and now he hit my head with tiles.

Damian's mother often advised him how to behave with me, as if it bothered her that he had a wife and a child. During the quarrel, he started insulting my family, so I responded in kind and commented something about his mother. He started chasing me, choking me, and then threw me on the tiles and started hitting me from them.

He hit me on the head with his hands at least 15 times until I passed out.

Something like this has never happened before. It just happened that he pushed me during a fight.

By the way, our baby also had bruises, but I think they were from the day before when he was rocking our daughter and she was crying and nervous because of the cramps. And he was nervous too, so I doubt he was squeezing her ass then. There were bruises on him," shared the young victim.

And Sarah's mother, Danijela Marinković gave a statement to the same media in which she claims that her son-in-law strangled her daughter for 15 minutes.

"She is upset, she swallows hard because of the swelling, she doesn't remember everything." We didn't expect something like this, he seemed like a good and nice boy, more serious than his peers, he fasted constantly and went to church often, but he turned out to be a monster. I want to appeal to other women to report violence, so that what happened to us does not happen to any family," Marinković told "Kurir".

In the last 24 hours, her sister Una has received numerous "horrifying and gruesome photographs" of girls and women who have been victims of domestic violence.

"It hurts when you see them, it hurts a lot... We mustn't stop, I won't stop, it doesn't just happen far away, tomorrow it could happen to you or someone close to you. Do not be quiet! Stop the violence," Una wrote on Instagram.

Sarah's husband was arrested and remanded in custody for up to 48 hours on suspicion of domestic violence. He has been granted a restraining order against Sarah for the time being.

Hormones are to blame for everything: What to do when you go "crazy" or when you are depressed

These women are the head of the family, and already at the age of 13 they get a room for a lover

She took care of the princes, treated Lady Di's wounds, and then she was chased away and everything she owned was thrown away.

PHOTO | "Cellulite is attractive": A girl showed that beauty comes in different forms