Model and Mensa member: If anyone wants to go out with me, they must first take an intelligence test 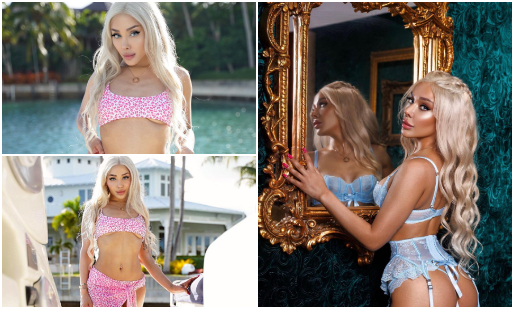 The model Candice Clos (21) from New York is a member of Mensa, an international organization with only one membership requirement - the result of a standardized intelligence test higher than 98% of the total population.

Before going on a romantic date, Candice asks her potential partner to do an intelligence test and satisfy her in that regard, writes Daily Mail. Candice, who has been a Mensa member since she was 17 and has 109.000 Instagram followers, does not want to waste time with someone who does not share her passion for subjects like math, economics and science.

According to the IQ scale, a score of 120 to 140 is classified as very superior intelligence, while anything above 140 is considered genius. Her IQ is 136, and she admits that men are often afraid of her intelligence.

Candice left college in 2011 to become a model, and also found that if potential partners failed the test, she would give up even if there was chemistry between them.

- I want to make sure that it is worth going to a second meeting with them. There are many men who are attractive, but if they are not intelligent, they are no longer attractive. How to enjoy time with someone if you can not connect through conversation - says Candice.

Sharing her further expectations from future partners, Candice said those who pass the IQ test will need to keep abreast of current events and know math, finance and science.

- Some people do not want to follow current events. I find it appealing when someone is up to date with events, as well as emotional intelligence and wit. As I grew up, I was a big bug in science and math and I still love it. My potential partner must be above average. You do not have to be a math expert, but you should be able to have a conversation and be extremely smart in at least one topic. I am attracted to intelligent men who have a good sense of humor, adventure, direct and fun - said the model.

She recently graced the cover of the South African edition of Playboy, and is often "underestimated" by men. In most cases, they assume that she is stupid because she looks good and is a model, but she says that she does not mind.

- I want to prove them wrong. "When they realize I'm not stupid, it often scares them," Candice said.