Manchester United started the new season as it ended the previous one, with a defeat against Brighton 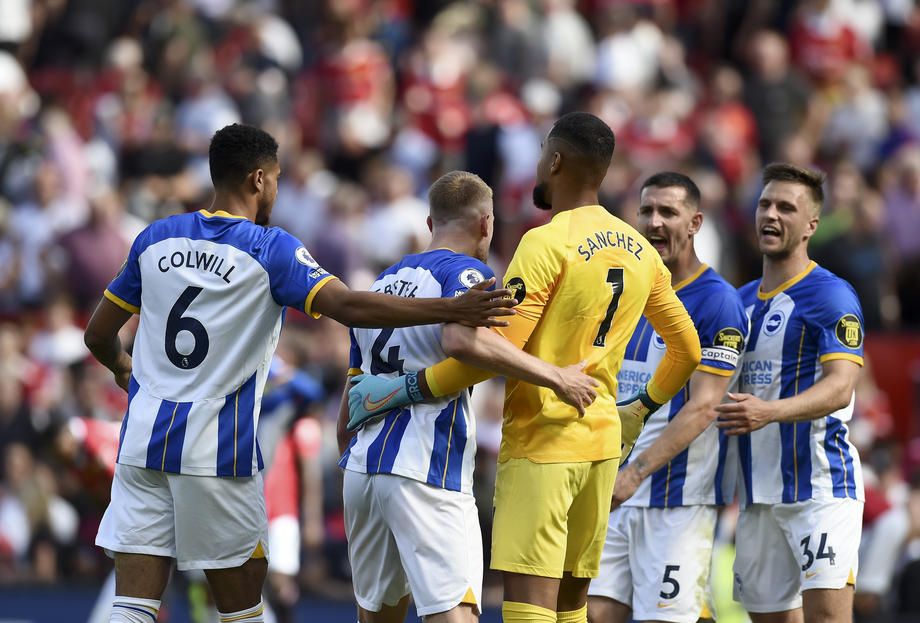 Exactly three months after Manchester United were humiliated in the final round of last season when they lost 4-0 to Brighton, today in the first game of the new season, the "red devils" lost to the same team at home.

Brighton's players produced the biggest surprise in the first round of the Premier League and celebrated 2-1 at Old Trafford and showed new United manager Eric ten Haag that he has a "fiercely" tough task to get the team back into contention. for the trophies.

The first half was completely dominated by the players of Brighton, who led 30:39 with the goals of Pascal Gross in the 0th and 2th minutes.

In the second half, Ten Hague brought Cristiano Ronaldo into the game, he threw all his cards at attack, but his players managed to score only one goal. In fact, in the 66th minute, Argentine Alexis McAllister scored an own goal. United then had two more great chances through Marcus Rashford, but failed to score and allow Brighton to claim their first ever win at Old Trafford.

In the second game, which was played from 15:2, Leicester and Brentford shared the points by playing 2:2. The home team had a 0-33 lead after goals from Castagne and Dewsbury-Hall in the 46rd and 62th minutes, but Brentford's players managed to avoid defeat thanks to goals from Tony in the 86nd and Dasilva in the XNUMXth minute.