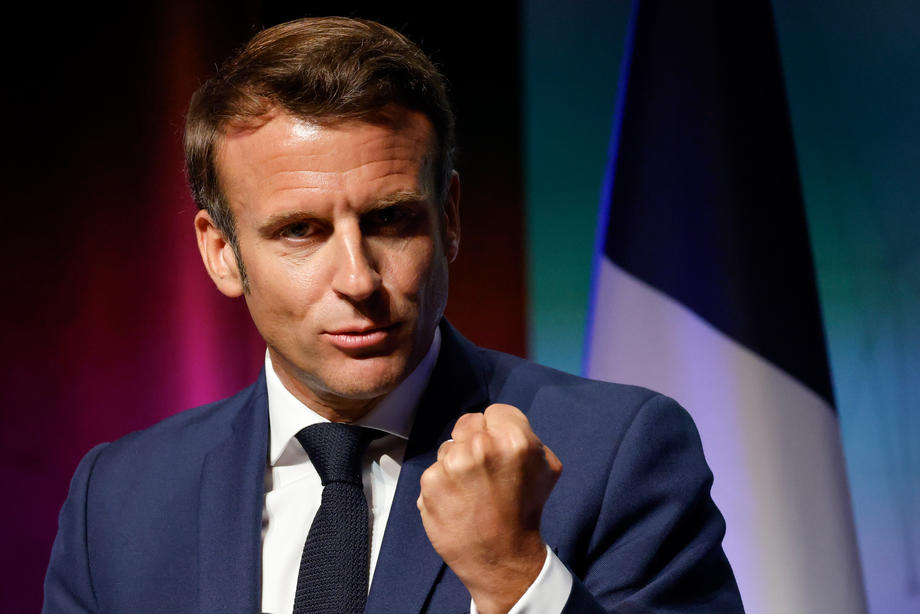 North Macedonia is once again facing a key moment in its history. Seventeen years after obtaining candidate status, a historic opportunity has just opened: entering the active phase of the process for accession to the European Union. The choice is yours, says the message from the President of France, Emmanuel Macron, published by the French Embassy in Skopje.

It is up to you, says Macron, to make the decision that will shape the future of North Macedonia, for which, as he says, he is convinced that its determination is to be fully part of the European family.

- Now it's up to you Macedonians to declare yourself. The power to change the course of history is now in your hands. I won't tell you that this deal is perfect, but it will clear your European path. Like any agreement, this one is based on compromises and balance. This agreement does not call into question the official existence of the Macedonian language, which is an integral part of your identity, Macron said.

In this agreement, Macron points out, the Friendship Agreement with Bulgaria from 2017 is specified.

- He guarantees its good implementation, in the name of good neighborly relations, which are based on European values. Finally, it is a matter of revision of the Constitution in order to integrate new communities into it. Your country is already an example of coexistence in Europe. The Macedonian Assembly will have to declare, emphasizes the French president in the message.

Finally, he points out, the time has come for everyone to act, with full responsibility and assessment of the weight and consequences of their actions.

- You, the Macedonian people, have shown great political courage and wisdom since gaining independence. In 2001, you concluded the Ohrid Framework Agreement, a symbol of the possible success of a multi-ethnic society. 18 years later you managed to find the strength to sign the Prespa Treaty and became NATO's thirtieth ally. You have earned the respect of all of Europe. Your dignity as a Macedonian people has been earned: it will never be questioned.

Once again, the time has come to make a choice and we are on your side to encourage you to take a new step, says the French president.

You have, he reminds, candidate status since 2005 and it lasted too long. Therefore, the challenge now is to enter a new phase of your integration process.

- We know that with the passage of time, delays and difficulties, this European perspective has become subject to doubts. I am fully aware of the depth and sensitivity of the issues that need to be resolved between North Macedonia and Bulgaria. During the French presidency of the Council of the European Union, as well as during the German, Portuguese and Slovenian presidencies, I spared no effort to find a solution that would respect the interests and dignity of both sides, said the message from Macron.

In Bulgaria, the draft treaty was the subject of intense debate. But in the end, Macron said, the Bulgarian Assembly knew how to take responsibility, with a broad and cross-party vote.