The Macedonian flag at the Pentagon 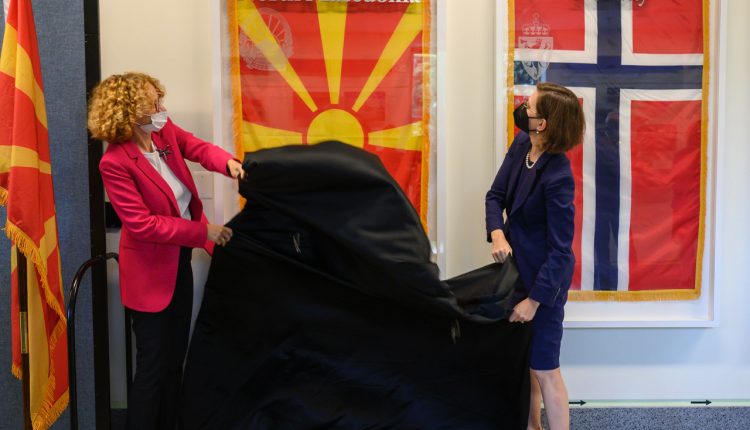 A ceremony to unveil the Macedonian flag was held at the NATO Hall in the Pentagon, which after NATO membership joined the 29 flags of other member states of the Alliance, the Ministry of Defense said.

The flag was symbolically unveiled by Minister Radmila Sekerinska and US Assistant Secretary of Defense Laura Cooper.

Pointing out that Northern Macedonia's NATO membership has strengthened peace and stability in the region, Cooper thanked Minister Sekerinska for her personal commitment to NATO membership and for the huge contribution to the development of Macedonian-American relations.

The ceremony was also attended by the US Ambassador to Northern Macedonia, Kate Marie Burns, who in her speech said that our NATO membership is crucial for the stability and progress of the region, congratulating Sekerinska on her, as she said, leadership and vision. in achieving the strategic goals of the state.

Sekerinska stressed that the success with NATO membership is a result of strong political courage, 30 years of hard work, but also the constant support of friends like the United States. "Thank you for believing in us," the minister said.

The ceremony was attended by Maureen Cormack, Assistant Secretary of State for Asian and Eurasian Affairs, who also covers our region, Director of the Agency for Defense and Security Cooperation Heidi Grant, and other Pentagon officials as well as the Macedonian Embassy in Washington and Washington. the US Embassy in Skopje.

VIDEO: Bulgarian journalist did not find the "desecrated military cemetery" near Kavadarci

Doctor Danilovski: I do not understand why parents complain about screening in schools

Landslides for safe traffic on the A3 highway have been removed

The sick, people with covid-19, people in custody, in nursing homes and IDPs will vote tomorrow