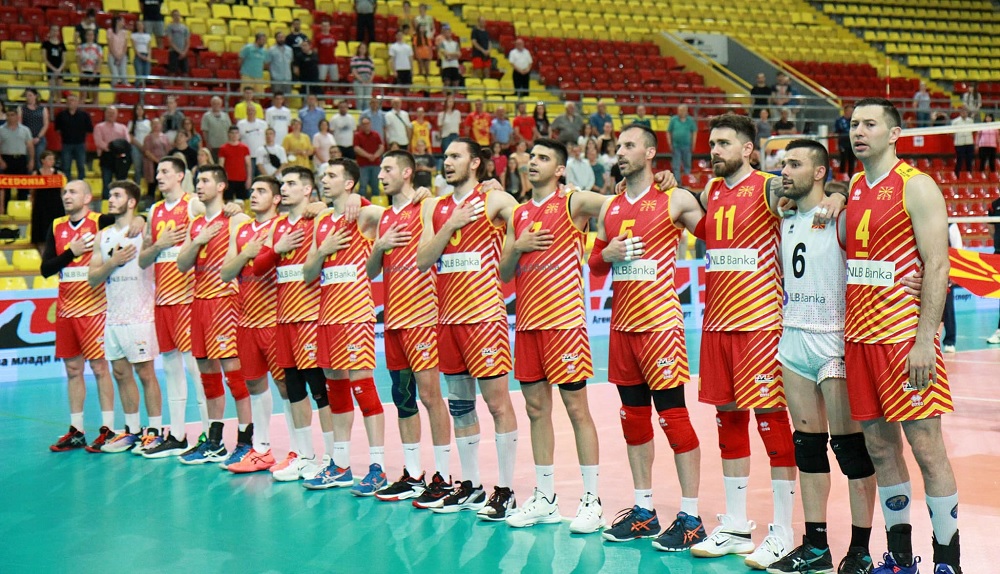 Today in its first match of group "B" in European Silver League the national team of Macedonia led by new coach Ratko Pavlicevic triumphed over Босна и Херцеговина with a score of 3: 0.

Our best volleyball players dominated in SC "Boris Trajkovski" in Skopje, they won the first set with 25:16.

We showed our quality in the second set which we also won convincingly with 25:17.

And in the third set there was more uncertainty, the opponent had a minimal advantage at times, but in the end we were better again and with 25:23 we set the final epilogue for the first points.

Nikola Gjorgiev, the captain was the most efficient in our ranks with 25 points, and on the opposite side Adi Osmanovic scored 16 points.

The second match of the first round in this group was played, Romania celebrated the visit of Albania with 1: 3.

Next matches: May 28 Romania - Macedonia, Bosnia and Herzegovina - Albania